With our guests last week we caught up on some films on DVD.
Mr Blighty has been wanting to see "Inception" for ages.
He loves a bit of sci-fi action.
He also likes films with vampires in them.  (They often feature Kate Beckinsale but I am sure these two things are unconnected).
And Fast and Furious type car films.
When I first met him he pretended to like arty French films. Ha! What some chaps will do to get a second date!
WARNING - THIS NEXT BIT CONTAINS A SPOILER RE THE DI CAPRIO INDEX ("DiCex")
I can report that "Inception" is quite baffling and about going into people's subconscious via their dreams.  More importantly I can tell you that old Leonardo does not take his top off.  Not once.  This film scores  0 for DiCex.  I guess the producers weren't willing to stump up the extra $2 million dollars for Lennie to hit the gym...
Anyway, the characters kept going to different levels in the dreamworld and I kept shouting "Yeah Leonardo, let's take it to another level" until Mr B took me out of the room and threatened me with the naughty step.   Anyway, it was actually a right load of old tosh and at the same time v exciting and engrossing 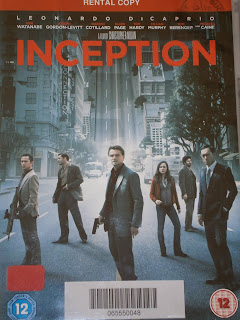 "Grown Ups" promised to be dire but was surprisingly good. High art it is not but it is very well done and funny.  Old school mates who played in a basket ball team are reunited.  Some of it was a bit too close to home: Sandler has to carry his kids outside to get them off the Xbox gizmos and enjoy the fresh air and games outside - and his kids reaction: "But there's nothing to do out here!" 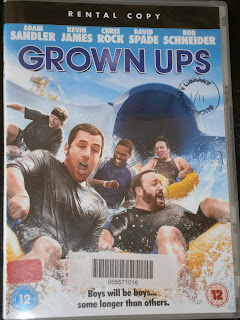 Nasty murder stories are one of my guilty pleasures, so for a couple of days after our guests left I was glued to Thorne.  This is based on a series of books by Mark Billingham, some of which I have read.  Not for the faint hearted. 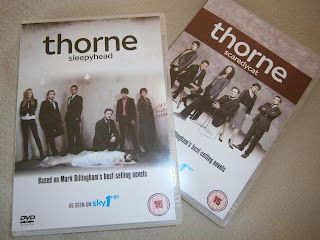 Just last night I watched "Julie and Julia". I loved it, which is high praise from someone who basically hates cooking.  I had to grin at Julie's mother's reaction to her starting her blog: "But why? Who's going to read it?  Why give yourself more work? You'll make yourself ill, you'll get ill from blogging.."...... and then a few months later her mother saying: "Why haven't you blogged?  What's the matter?  What's going on? You must keep going!" Oh the wonderful loving unpredictability of mothers! 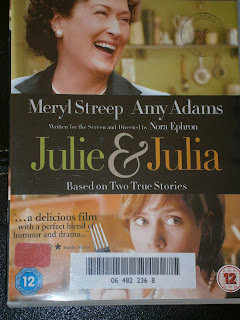 I must admit the films (particularly the gruesome murder ones!!) are a welcome distraction from the fact I am struggling at the moment with this parenting business.  It's probably that Boys 1 and 2 have just got back to Daphnes4Boy$.  I miss them during the day but when I get them back after school and before school, they are over-excited, fractious and highly combustible....in short, horrid. They are either shrieking at each other or me, or both.  It's like living on the set of the Jerry Springer show with two rednecks endlessly slogging it out but with no hope of a commercial break.  But what really makes it harder to bear is, that when Mr Blighty is around, they are angelic.

7am - Mr Blighty is leaving for work.
Mr Blighty : "Goodbye boys. Have a nice day."
Boy 1, looking up from his stamp collection which he is carefully sticking into his album:  " Goodbye Papa, I trust you will enjoy a productive and fulfilling day at work and can return home safely to your family who do love you so dearly.... (and other Dickensian type drivel)..
Boy 2, pausing from writing a letter sending money to the poor children living in deprived areas of London such as Eaton Square, " Au revoir Pater, and Godspeed your return to us, I shall remember you in my mid-morning prayers and shall think of you fondly while I help dearest Mama with her welding and bread baking...."

5 minutes later, Mrs Blighty is in the shower, wondering whether to apply conditioner for "hair that's a bit lacklustre and droopy"  to her entire body, when 2 screaming banshees burst into the bathroom, giving Mrs B heart failure..
Boy 1: AAAAAAAAEEEEEEEEEEE! I'm going KIIIIIIIIIL you, you fat pig toad penis etc etc I HAAAAAAAAAATE you  you're gonnnnnna DIEEEEEEEEEEE!
Boy 2 : MUUUUUUUUUUUMMY heeeeeelp! He's gonna kill meeeeeee!
Mrs B (trying to dry off with tiny hand towel/ rag for cleaning the windows: "Just stay away from each other and stop winding each other up, stop provoking each other..."
Boy 2: " He's being provocative, he's a big stooooopid gorilla dick face flower bottom who wears girls' pants......."

Exit Boy 2 hotly pursued by Boy 1, they reconvene for bare knuckle fighting and pingpong on the kitchen table etc etc etc until Mrs B looks wistfully at the gin bottle/brochure for one way air tickets (at 7.25am) OR  Mrs B loses tempers, starts shrieking at them to "Stop shrieking" and chases them round and round the table as in  bad Franch farce till they fall to the ground moaning "Oh, head hurts, my vision is blurred, Mummy you have broken my leg/arm/glasses etc....".

But never fear, in this type of situation what you need is to spend 30 mins constructing yet another Star Chart. With a point and reward system so complex, it makes Mr Blighty's tax legislation look easy.   That will show them! 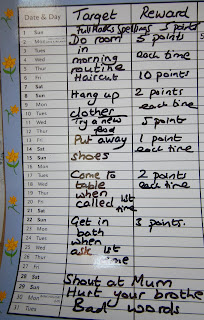 Predictably within 5 mins they have tested, refined, driven a coach and horses through,  and generally exposed, all the conceptual and drafting weaknesses of said Star Chart, so that I end up lavishing  points on them despite, or even because, they have reenacted the Battle of Trafalgar (with live ammo and real water) while singing rude limericks at the top of their voices....


And now this note has appeared on the bedroom door of Boy 2, aged 8.  What is going on in there?  Will the worry never end? 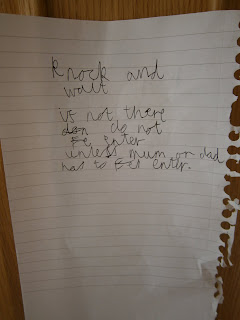