Boy 1 attended his school disco last night.  This highlight of the Daphne4Boy$ social calendar includes girls (or grils as they are known in our house) from two local girls' schools, The Katie Price School for Young Ladies, and St Britneys.  It is an established myth among the Daphne boys that the Katies are total babes while the Britneys make the school dog look good; I have already given a stern lecture to my boys about kindness and not making horrid comments like this, but this silly folklore persists.  I feel sure the Britneys will have the last laugh and will no doubt break many a former Daphne's boy heart in later years.
The build up to this event was quite something.  A few days ago Boy 1 requested that his favourite shirt be retrieved from the bottom of the laundry basket, washed and ironed.  It's got a sort of Miami Vice vibe to it.  Bound to impress the girls. 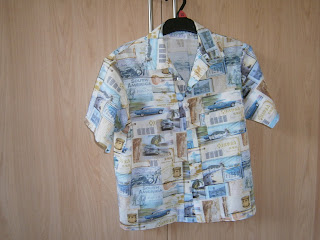 Then, a couple of nights ago at the dinner table Boy 1 announced that in Science that day they had done " Pollination and (pausing for effect and then in over-enthusiastic tones)..Fertilisation."  "You know, Mummy, mammals, er, like humans, and Mr Grummidge drew a big picture on the board of a penis and testicles and we all giggled and....."
"More pasta anyone?" I squeaked.
Boys 1 and 2 looked at each other conspiratorially and then Boy 1 said, " I'm going to get the Big Book of Sex" and shot off into the other room.
Now, I am worried on at least 2 fronts:
Boy 1 reappeared with this. It's a jolly book to explain things to children which has been lurking on the bookshelf for years and which the boys have never taken much interest in. 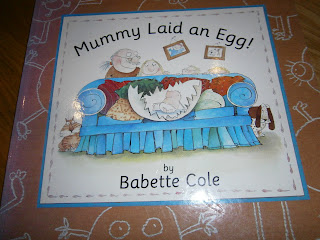 Though they do like these pages, which I agree look great fun. 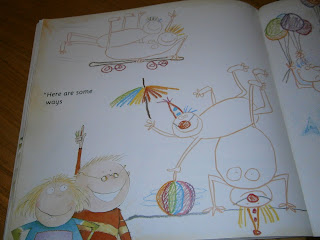 I do wonder if this book has affected them at a tender age and if they will forever be doomed to need a minimum of 20 ballooons before they can .....or the opposite - what if they can't even walk past a partyshop without .....?.right, I'll stop now.
On the night of the disco we had a last minute panic about what trousers to wear. 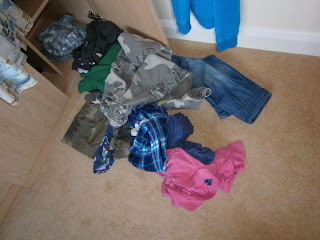 And  Boy 1 took a shower.  I feel we have moved into teen territory. 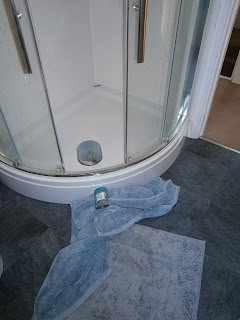 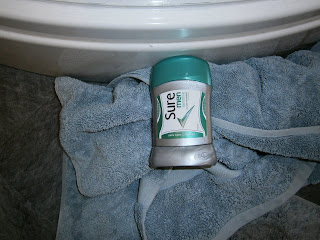 Boy 1 swiped Mr Blighty's deodorant, I am not quite sure to which bit of himself Boy 1 applied it, the other day I saw him rubbing it on his wrist.  Apparently all the boys in Y5 (9-10years) are obsessed with Lynx deodorant, to such an extent that asthma attacks in the changing rooms are up 100%.
Mr Blighty collected Boy 1 from the disco when it ended at 9pm.  I could not get anything out of Boy 1 about what had happened.  But later Mr Blighty told me that Boy1 had confided that he had danced 56 times, 28 times with a girl called Catherine. Later enquiries reveal that "dancing" means holding hands and jumping up and down on the spot.
Well, this is all very unsettling stuff.  But I am pleased to report Boy 1 is back to normal today.
Here is me trying to be all Homes and Gardens with an little blue and white arrangement in the living room. 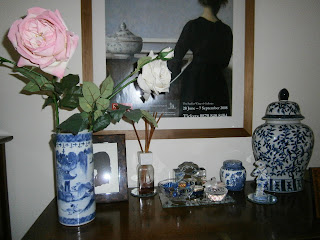 And here is Boy 1 with his own decorating finishing touches: an improvised pingpong table with a net built with cereal packets.  If you overcook your return of service, Mummy's ornaments are toast. 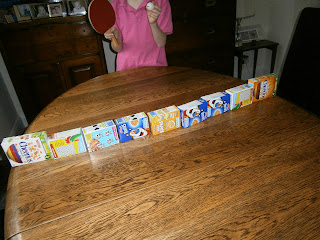 Maybe if I play pingpong with him again tomorrow, he will tell me more about the Big Book of Sex...
Posted by Blighty