Right now the going is just a little bit tough: instead of being in the United States of Americaland as a judge on X Factor Who's Got Talent Celebrity Bootcamp Get Me out of the Dragon's Den, I am here facing a week of  those little blighters my beloved Boys 1 and 2 on parole from the young offenders' institute  hols from school and having to keep them from breaking the furniture motivated and inspired with educational activities.

So how do I keep centred, calm, in balance and grounded in these circumstances?
The answer is: murder.

I explained this with a happy grin to the lady standing next to me at the library the other day.  She quickly moved away.  Can't think why.

But it's true, in trying times I take refuge in novels and DVDs featuring murder and other torrid crimes.

Here's some I read recently:

" A Field of Darkness" is the first of three novels featuring WASP outcast Madeline Dare and in this one she sets out to prove her cousin was not involved in the murder of two girls years earlier.  It's good, but I like her second book, "The Crazy School" best.

"The Last Fix" by K.O. Dahl is one of those Scandanavian detective novels.  This one is Norwegian and as usual features a depressed detective ( this one talks to his goldfish) and his mixed up sidekick (relationship issues).  The success of Henning Mankell's Wallander has led to an influx of Nordic detectives onto the bookshelves.  I prefer Arnaldur Indriðason's Icelandic Inspector Erlendur -  he is marvellously miserable. 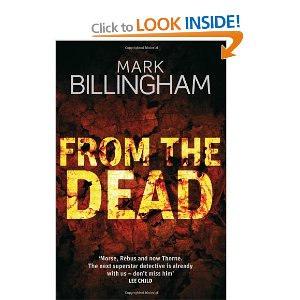 "From The Dead" features Mark Billingham's detective, Tom Thorne.  He's quite depressed, has relationship issues but no goldfish.  Thorne gets to go to Mijas and Puerto Banus in Spain so I guess Billingham is already thinking about the TV adaptation.

And now some DVDs: 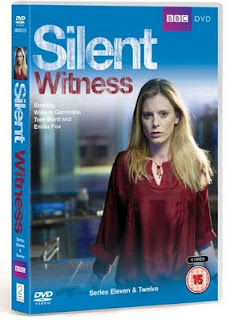 Hmm, Silent Witness.  I watched half the first episode and I am sorry, personally I find this a bit pants.  It insists on spelling everything out VERY CLEARLY in a very BBC sort of way so the viewer cannot fail to get what's going on :
Scene 1
Military helicopter crashes.

Top pathologist : " I can't believe they said it was pilot error when they don't yet know the cause of the crash."  Cue atmospheric music.
Scene 2
Government Minister attends scene of crash and says to Press:
"We believe it is Pilot Error."
Scene 3
Top Pathologist (getting angry) says: "  I can't believe they said it was Pilot Error when they.. etc etc
Mrs Blighty nods off for a bit, goes to make a cup of tea, fills in her tax return etc. before catching up with
Scene 28
Top Pathologist (angry and emotional and really doing Acting on full throttle):
" When a crash happens it's only too easy to push responsibility down the Chain of Command and say it was Pilot Error, particularly (pulling out all stops and going for Major TV Acting Award) if the pilot is not in a position to answer back as he is DEAD.." Cue dramatic music etc etc.
Actually, as I type this I realise I have in fact enjoyed Silent Witness tremendously, but for all the wrong reasons.  My enjoyment is increased by a quick read of the plot synopses on the DVD case:
"Nikki clashes with DCI Whatnot ...."
"Harry tangles with a Russian oligarch.."
"Harry....clashes with the police..."
"Nikki clashes with Zambian police.."
What a lot of clashing ( and a bit of tangling)!  Excellent!
And I do so love "clash".  Have you noticed it is only ever used in the newspapers or in plot summaries?  When was the last time you asked your hubs, "How did work go today dear?" and he answered, " Well, I clashed with my boss first thing but....."? 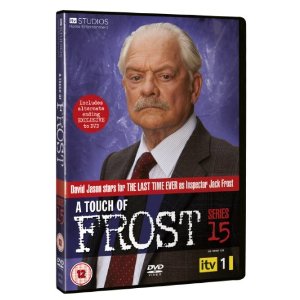 "A Touch of Frost" - this was more like it.  I have always liked Frost as he wears an anorak and a pork pie hat and has a boss called Inspector Mullet who always gets involved on a case if there is any chance of a TV appearance.  Frost is based in fictional Denton, a town near London.  I love the episodes where there is a psychopath at large and young policewoman/dog handler/nun/nurse etc decides it would be a great idea to go for a midnight stroll in Denton Woods.. "What do you mean, you saw Amy/Suki/Immaculata/Wendy going into Denton Woods?" 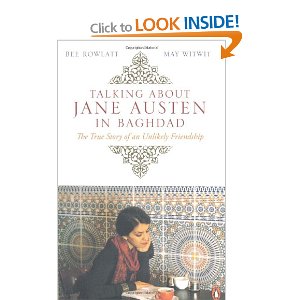 Among all the murder and mayhem, I read "Talking About Jane Austen in Baghdad", as I heard a piece about it on the radio.  It's the real life email friendship between a BBC journalist (Bree, married, 3 young children) and May (an Iraqi academic living in Baghdad after the toppling of Saddam Hussein). As I am horribly nosy, I loved reading the emails between the two women and getting a view into both their lives.  It's also very clear that May (and so I assume many of the Iraqi middle class) resent the invasion and hate the ensuing chaos, bloodshed, militia groups, tribal score settling and lack of basic amenities like power, petrol and rubbish collection,  and actually found life much better under Saddam...

But don't worry - I have got myself a far more soothing read for tonight... 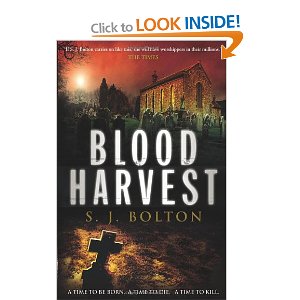 All book and DVD pics whipped from Amazon - did you guess??
Posted by Blighty