Before I forget, the lovely Annie from Queensland has started her own blog, it is fab, very inspiring, check it out!  http://redrosesandcrystal.blogspot.com/

I am attempting a new approach to bloggitisation*!   Little and a bit more often.  We'll see how long this lasts!


A couple of weeks ago at Blighty HQ we were all about dates.

First Grandma Whacker was en residence to celebrate her Birthday. 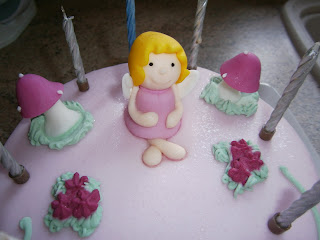 You might think this is a pic of the Birthday Cake but in fact it's a life sized model of Grandma Whacker herself. 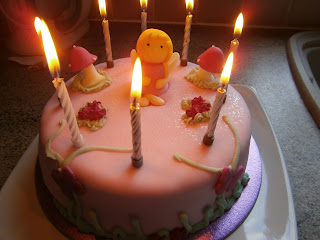 Then it was our Wedding Anniversary, with the usual gloomy comments from Mr B about serving less time for murder.

And then very excitingly, Mr B took me on a surprise date.  I did not know where he was taking me.  I was All Agog and Stuff.

He drove me to Berkhamsted, to an old Art Deco cinema called The Rex. 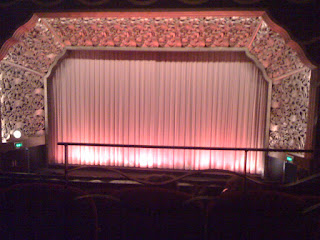 The seats are big and plush, or if you sit lower down, you can eat and drink at tables while watching the film. 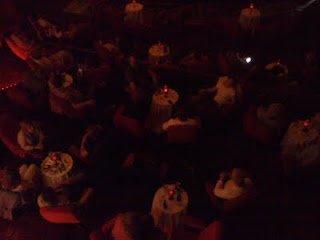 I knew they were showing a French film "Potiche" - with old Gerard Depardieu and Catherine Deneuve. 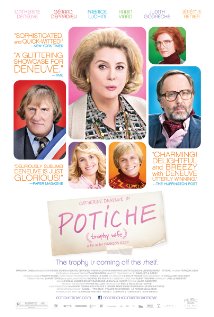 I don't know quite how to break this to you all.  Here goes.

Mr B had selected a film about motorbike racing on the Isle of Man.

I am NOT making this up.

It is the first time I have been speechless for years.
(Maybe that's why he did it).

Happy Wedding Anniversary Mr B.  Hope you sleep well in the spare room... 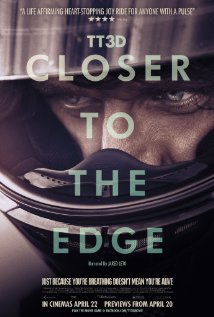 *ok, I made that word up, I just enjoy winding up the spellcheck gismo. In the same way I enjoy deliberately going the wrong way in the car and listening to Tim the Sat Nag going bonkers - "Turn around when possible. Turn around when possible. I SAID TURN AROUND NOW, YOU HAVE RUINED EVERYTHING!!!!!" What can I say, I am a natural rebel and Tim is such an uptight little fusspot).