Catch Up (What did the Mummy Tomato say to the Baby Tomato?)

Dahlings, I have been such a terrible blogger recently, I do apologise. After my release from house arrest - I mean - now that school hols have finished - life seems to have resumed with a rush.

Getting back into the school routine was quite frankly a struggle. I know how this lady feels. 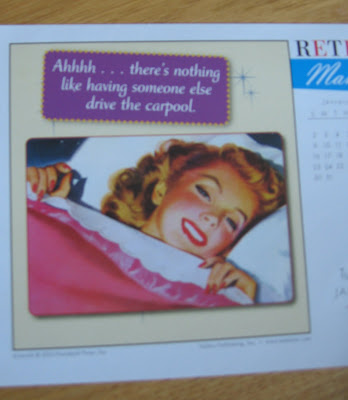 The boys weren't too keen on going back to school either. But one day someone brought in some puppies for the boys to see. Here's Boy 1 - he is surprisingly gentle with animals and babies - it's only Boy 2 he likes to thump about. There were 3 of these retriever puppies, about 8 weeks old I think, and very sleepy after all the attention from the boys. 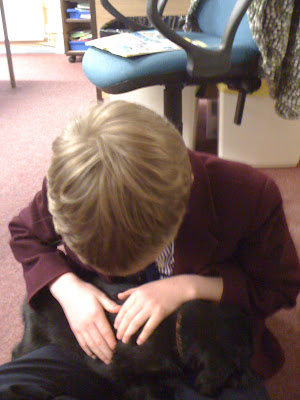 Here's a book I got in the January sales. It lampoons mercilessly lots of well known books (the author has a column in a newspaper doing this). Probably best to dip in and out of, rather than read all in one go. Some of it's very crude and over the top as the books spoofed include Lady Chatterley's Lover; Crash; and American Psycho. I did think the author crossed over a line when he takes on The Great Gatsby and Love in a Cold Climate, those books are sacrosanct!! 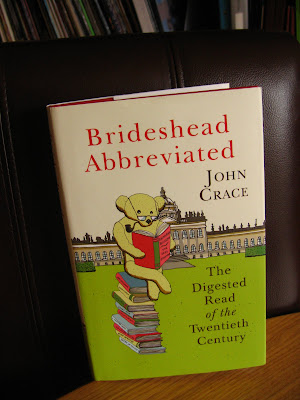 I went on a little jaunt up to London and called in at the Oxford Street TopShop.
I think I really am getting too old for TopShop. Look at those girls' hair. Weird. 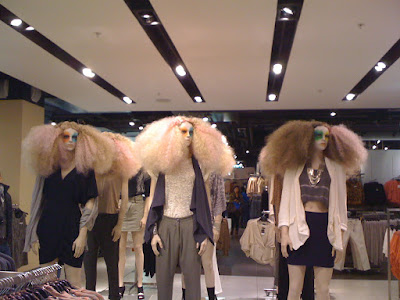 And their eye shadow application definitely errs on the over-enthusiastic side. 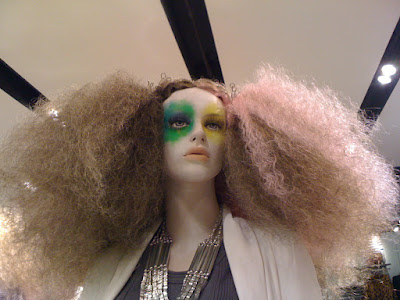 Is this a look I should adopt for parent/teacher meetings? 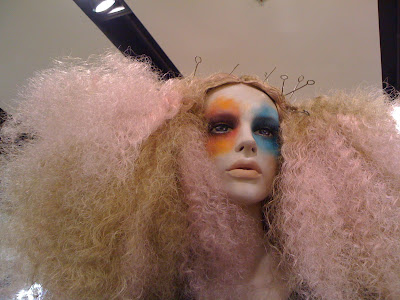 And this poor girl has gone to the other extreme - no hair at all and suspended from the ceiling by a rope. Not good. 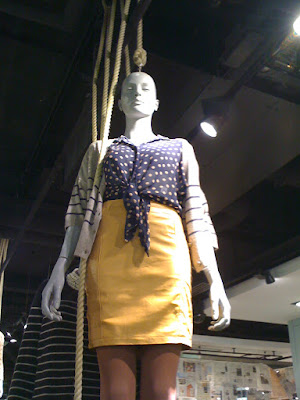 I tried a couple of dresses on but my heart wasn't in it. This was crumply and creasy. 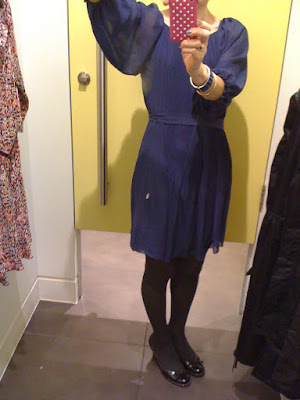 This looks like a 1970s air hostess outfit - British Airways I think, the crimplene must be a fire risk. 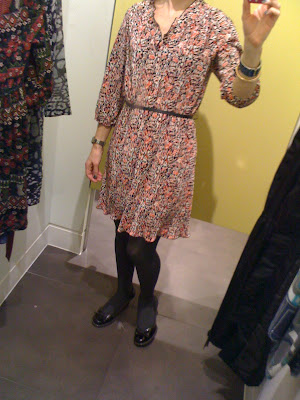 I also swung by H&M. I liked this skirt, but did not buy it, I could just see it languishing in the wardrobe looking pretty but unworn. When did I get so sensible? Shocking. 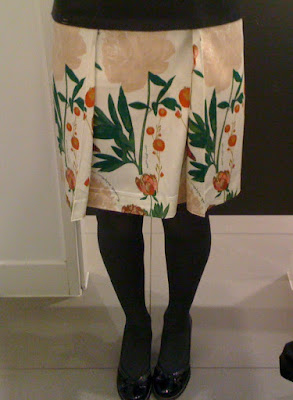 I liked the dogs in the H&M window. Maybe I could get Boy 1 one of those? 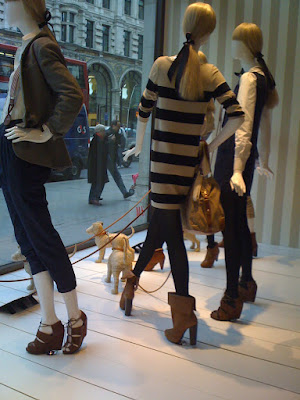 Must go, Mr B has come home and is now playing with the boys' Scalextric racing car thing. All by himself. The boys are in bed. I guess Mr B is reliving his youth.
Posted by Blighty