Great excitement in Blightyworld today as it was Boy 1’s Sports Day and Mr B had actually taken the day off work to attend (OK, I admit it, I hid his train pass).

It did not start well. Early this morning Boy 1 burst into tears due to Performance Anxiety Issues. He came last in the 800m last year and was doing the same race again this year, and predicted he would come last again this year, the next year, the next year after that and after that. It is good to see he has developed a positive mental outlook. I got into a complicated discussion with him about winning not being everything; it was all about taking part etc. which somehow evolved into a heated debate about how much footballers earn and why we don’t have a Bentley. But the offer of a pizza after Sports Day smoothed things over.

It was pouring with rain and I kept hopefully checking for a text message calling it off. But those sports teachers are hardcore, nothing short of a blizzard puts them off, and they wear shorts all year round. I wouldn’t recognise those guys with trousers on. If you see what I mean.

Mr B and I dressed for the weather – Mr B even put on his waterproof over-trousers.

We set off for the Sports Ground. I confidently advised going through the town. Mr B favoured the motorway route. I prevailed. The town route was clogged with morning rush hour traffic. I helpfully pointed out that I had said the motorway would be better. Mr B went very quiet.

Once there it was the usual organised chaos: the boys and teachers knew exactly what they were doing, the parents did not and got in the way and failed to Do as they were Told. 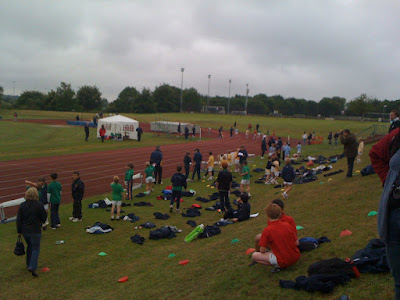 The day was all based on the 4 “houses” in the school competing against each other. I am a bit hazy on the house names, they are something like Lumbago, Sciatica, Hernia and Verruca. No, that’s not it, that’s my medical history. I think it’s Leopard, Cheetah, Tiger and Tortoise.

It all turned out well: it stopped raining and Boy 1 did not come last in his race. I had a lovely time chatting to other parents and shouting “Come on darling!” and taking photos of my blonde haired athlete, till Mr B pointed out that it was not Boy 1; Boy 1 was in fact sitting on the grass happily guzzling Lucozade. Some terribly smart and organised parents had brought chairs and light refreshments in the form of designer cupcakes and Moët. I found an old boiled sweet in the bottom of my handbag. 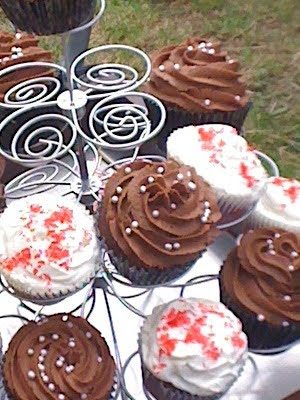 I talked to an amazingly clever and interesting friend, who is also very funny – she explained she had just been hiding behind the Cupcakes and Champers set, hitching up her hold-ups. We had a useful discussion on hold-up malfunctions (so odd that I just mentioned this problem in Tights of Death) and she strongly advocated the use of Pritt Stick glue.

Gradually the sun broke through, it really began to warm up and I told Mr B loudly “Take your trousers off, you’re hot!” I haven't seen Mr B go so pale since our wedding night.

At the end the Headmaster gave a short speech about the building of the school’s new aromatherapy suite and helipad, and asked for contributions to the proposed indoor ski slope. Medals were presented. Boy 1 was then taken away by his proud parents for pizza lunch. 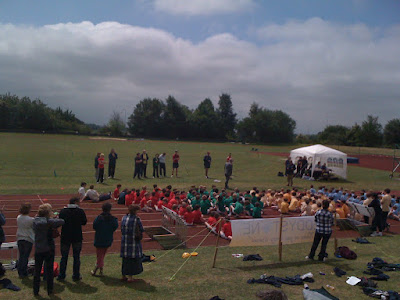 After lunch Mr B, determined to enjoy his day off to the full, went to look at TVs. 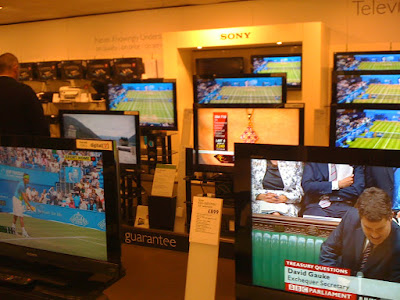 I sneaked off to inspect glamour items. 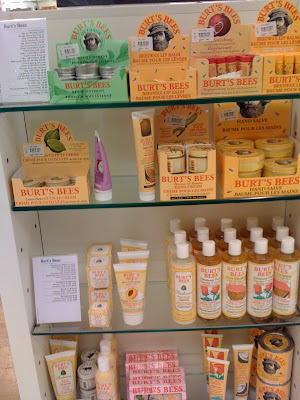 I considered the purchase of Burt Bees cuticle cream as recommended by the nail polish ladies but felt I could not rush into such an important nailcare commitment. 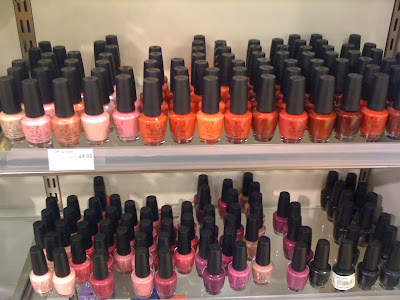 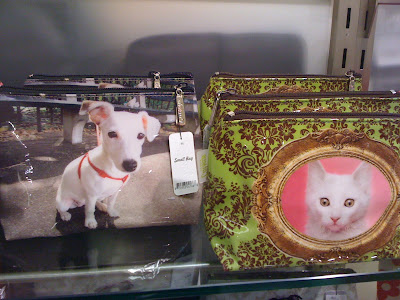 I really need a zippie bag with a cute doggie or puddy on it. Just can't think what I need it for.

Then home for a soothing cup of tea. I feel quite tired now after all my athletics.