Bin There, Done That 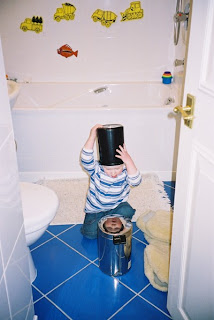 A worrying few days.  My mother (aka Grandma Whacker or the Big G) is in hospital.  Now she is feeling a bit better we are able to laugh a bit about the past few days. Highlights include: 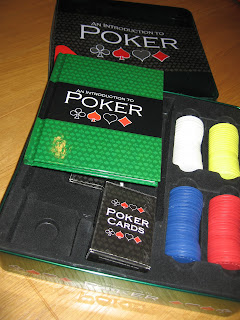 G and I decided that there must be a Special Treatment Centre for kids with stuff stuck on their heads and that's why you never saw them in A&E.  I then had a brilliant idea for a new business ( Brilliant Business Idea 509).  In London there is a deluxe nursery called PippaPoppins - like a hotel for kids, they will even collect your 4 year old from the airport and take them straight back to PippaPoppins so you don't have to worry about them getting sticky fingers on your Bentley.  My idea: PippaPopOffs (TM) - deluxe removal of any items stuck on toddlers' heads (but not nits or anything live, too much admin and heavy duty chemicals required).  I am already working on the ads: "PippaPopOffs - Make the Bin a Has Bin" or "Don't Lose Your Head - Receptacle Removal with 100% Organic Extra Virgin Olive Oil".  I have some experience in this field.  With Boy 1. Just after this was taken there was a Panic followed by Successful Application of  Oil to Head of Boy 1, and Emergency Application of Stiff Drink to Mouth of Mummy. 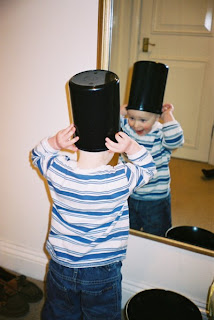 Thank goodness, G seems to have perked up and happily spends her days filling in all the paperwork to order her next meal. In fact she finds my visits really disrupt this important activity.  She has also been reading up a storm.  And wants me to tell Faux Fuchsia that there is a new biography coming out about Edith Sitwell which G thinks FF will like.    Poor Edith, she was made to wear leg braces and some sort of horrid contraption on her nose when she was a child.. 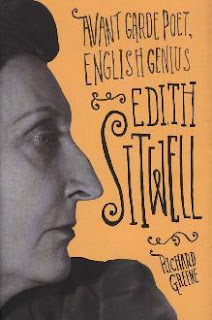 I leave you with some important Royal Wedding news.  In Buckinghamshire, where Blighty HQ is situated, the Royal Wedding is raising some serious concerns. 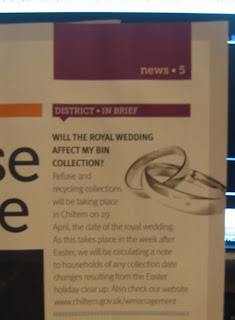 I look forward to the headline in the Bucks Examiner: "Royal Wedding: Bucks does not give two fu hoots about Royal Wedding but bin disruption causes riot."
Posted by Blighty

Email ThisBlogThis!Share to TwitterShare to FacebookShare to Pinterest
Labels: books, Boys 1 and 2, Elf and Safety