So we went up to Grandma's house yesterday in Broadway in the Cotswolds, to set up the laptop we gave her for her birthday. Grandma is entering the 21st century and embracing technology. Mr Blighty was in charge of technical issues. I was in charge of childcare and riot control. Boys 1 and 2 were super well behaved right up until the moment they stepped inside Grandma's house. Then shouting and fighting broke out. So I took them to the Broadway playground. 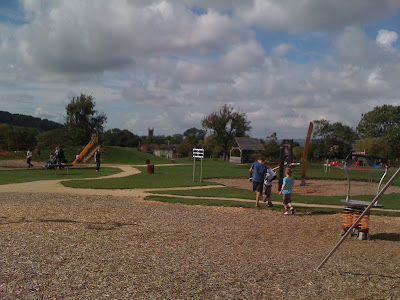 It's a wonderful playground in a lovely setting, a far cry from the crowded London playgrounds we used to frequent when the boys were tiny. Our local was the Princess Diana playground in Kensington Palace Gardens, full of great things like the big pirate ship but so over-crowded, you queued for the swings and then after a few minutes felt obliged to get the boys off the swings due to the hard stares of the waiting parents/nannies. Stressful. 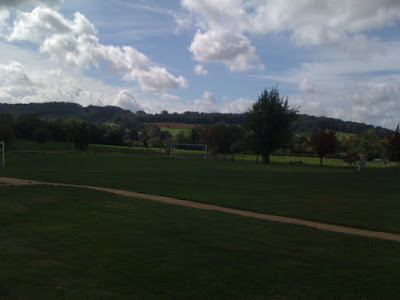 Grandma is good at growing things. 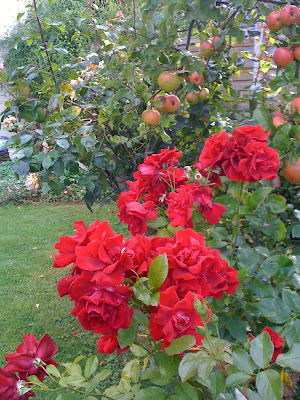 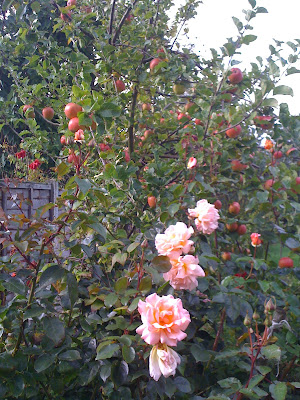 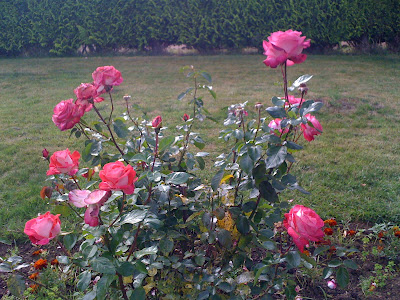 Here is Grandma having a tutorial on laptop skills from Mr B. Pay attention Grandma. Only 46 more points to take in. You need to be hacking into the Pentagon by next week. (Dear Mr American Security Agent please this is a harmless joke, please do not raid Grandma's house, remember she grew up during WW2 and does not take any nonsense). 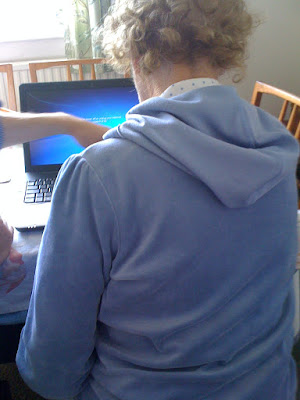 When I had finished my exhausting child containment activities I spent some time shouting at BT ( apparently a telecomms company) about their failure to set up Grandma's email, ordered in mid August, and their failure to let us know this (obviously being a telecomms company communication is not their strong point, they send letters, now and again which are soon overtaken by events). And of course their technical dept is based in India. The lady was charming. And brilliant at politely not being able to promise anything at all. Ater that I slunk off and read the papers. The Mitfords seems very in vogue at the moment. Debo has an autobiography coming out. 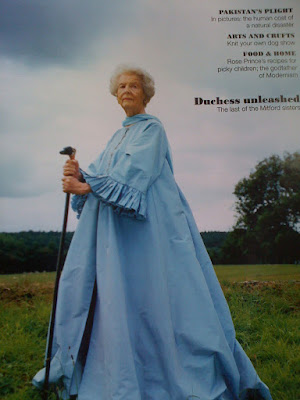 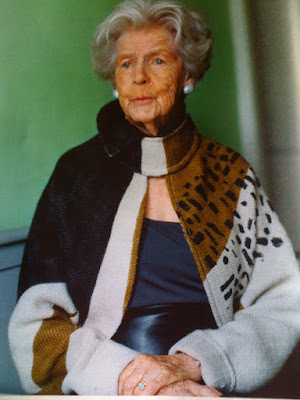 Then we went home. I had a couple of calls later from Grandma, very excited about her new toy. Grandma, if you are reading this, switch it off now and go to bed! 12 hours at a stretch is too much!!