Below, crowded Kings Cross train station last week. Lovely B was about to take the train back to Newcastle. Kings Cross is not a nice station, especially now compared to St Pancras which has been greatly tarted up since Eurostar has moved there. But renovation work is underway in Kings Cross too. I was greatly amused by Elf and Safety announcements reminding us that cycling, skateboarding and rollerblading were not permitted in the station. So easy to forget and attempt a triple halfpipe on top of all those people. 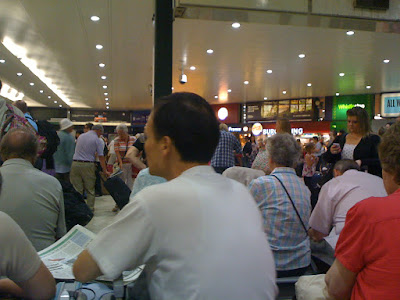 Bye Bye Lovely B! I felt quite folorn, but pulled myself together. I am a grown up, independent woman of today! A lady spoke to me as I was leaving the Kings Cross loos. I had noticed she had been glancing in my direction. I was looking quite smart that day: posh frock on and no obvious foodstuffs on my face. I prepared myself to accept the anticipated compliment graciously. "Excuse me" whispered the lady, "I think you've got your dress tucked up at the back". Oh god, a skirt in knickers situation. Lovely B, come back, I can't last 5 minutes without you, see what happens!

After this unsettling incident I took the bus to Selfridges. I had an idea of buying Mr Blighty some posh decaff coffee. This sign caught my eye. When did turnips become upmarket enough to be sold in Selfridges foodhall? Is there a whole department for them? No sign of any today, maybe not turnip season. Shades of Blackadder's downtrodden stooge, Baldrick, whose dream was to have his very own turnip one day. 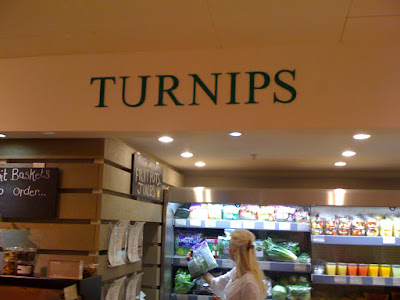 No luck with the coffee but I noticed they stock Australian healthfood. 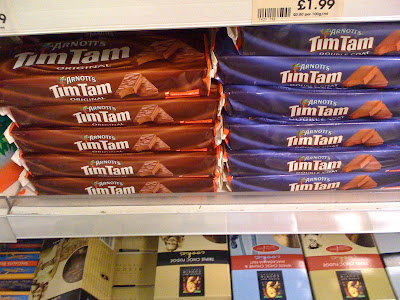 And that stuff Aussies are supposed to put in their sandwiches. 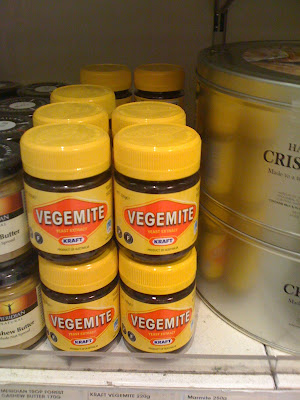 Good grief, has the world gone mad? £16 for tea? Miller Harris are better know for perfumes, maybe you drink half and then splash the rest over yourself?? 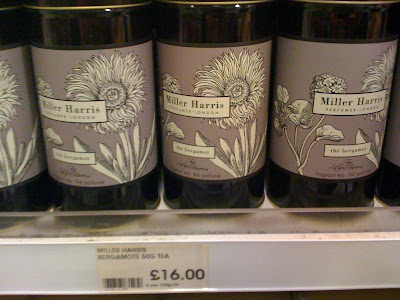 After the heady atmosphere of the turnip department, I needed to get more down to earth, so I went to the Hermes shop inside Selfridges. I channelled the lovely MaiTai and tried to look nonchalant, as though I pop into Hermes all the time. The sales assistant was not fooled. He asked me to stop taking pictures - ha, too late mate! I ended up telling him all about MaiTai's blog, as otherwise I thought he might call Security and they would work me over in the basement. Worked like a dream, he was very interested and I wrote down her name for him. I think it is very important Hermes know what a fabulous brand ambassadress MaiTai is - before I discovered her blog, I never even knew I wanted a Hermes scarf, now I am getting myself noticed as a security threat in their store!

Below, sumptuousness of their bangles. Drool! 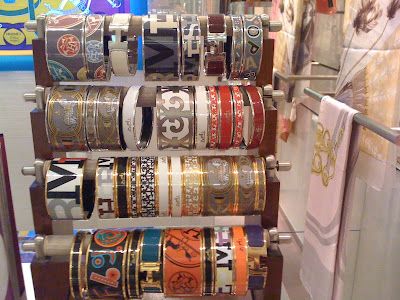 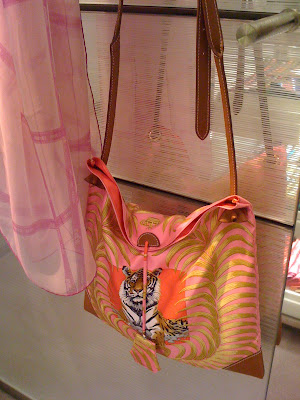 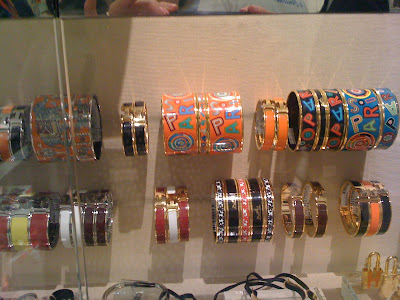 The deliciousness of the scarves - dribble! 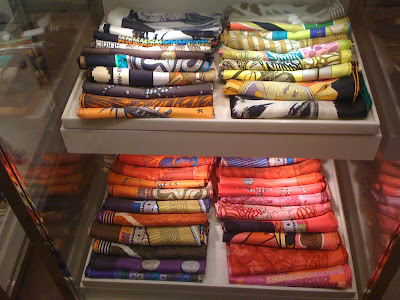 Below, I think these are called Twillys, MaiTai, help, need your expertise! 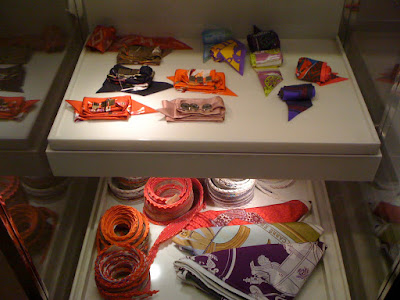 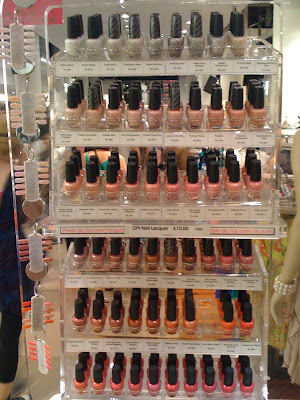 Below, very smart OPI set up but I am rather worried by the girl on the right, she seems to be pouring nail varnish over her body, very sloppy technique! The Nail Polish Hoarder would not approve! 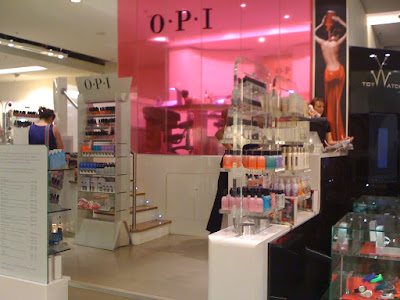 Below, view of Selfridges from the balcony of M&S cafe, never knew the balcony was there before. 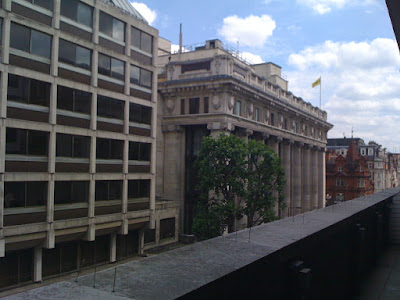 In M&S I bought Mr Blighty some clothes, since my coffee search had been fruitless and I felt guilty about spending money on everyone except him. Mr B used to be very designer, Armani suits and ties, Ralph Lauren, but Since Children he has scaled back, bless him, and hardly ever buys clothes. Most of this did not pass the Mr Blighty test of not looking sissy but surprisingly he likes the flowery shirt. Yes, Mr Blighty, don't be afraid to get in touch with your inner flower child! 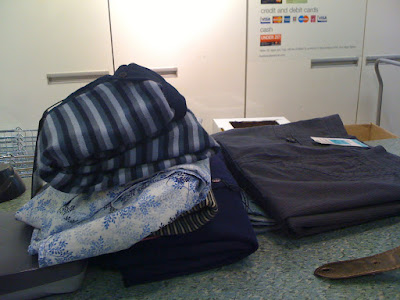 And that is quite enough shopping for the time being! It was tough, all the eating, drinking, and shopping that Lovely B and I did. But I kept focused, kept going, there were hard times, gruelling times, testing and challenging, I had to dig deep. But it was worth it, Lovely B gave me an award. So proud! 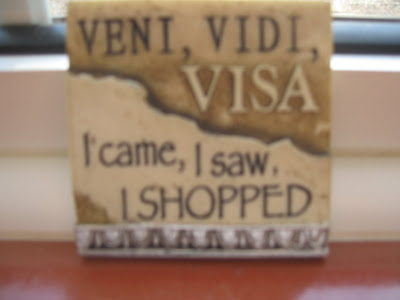