The Intrepid Adventures of B and Blighty Part 1 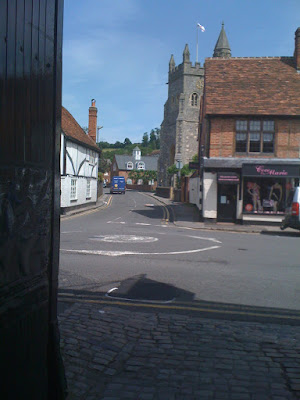 Hello ladies! Sorry for posting hiatus (sounds like an offence under the Postal Services Act??) but very taken up with gallivanting with lovely B, Mr B's cousin who came to stay. B has now gone, so I am in a post-B slump, but am cheering myself up by telling you all about our antics.

One day B and I decided to check out the "old town" near where I live. The town is split in two, one olde worlde, the other full of 60s buildings, and functional stuff like chemists and newsagents. I rarely go to the old bit as I am usually busy sourcing useful boy stuff like nit lotion, plasters, Beano comics and football cards; also the old bit has some very upmarket boutiques and I don't trust myself not to blow the housekeeping on a pair of designer flipflops! But as lovely B was there to keep an eye on me, we decided it was safe.

Above, a tremendously bad photo of the old town High Street, note how I have cleverly captured silver Landrover disappearing on the right, blue removal van in the distance, and lots of the lovely black door, while also ensuring the old church is partially obscured. Look and learn kids, this is a master at work!

Here is a pic of olde worlde inn hotel, we snooped around the courtyard. 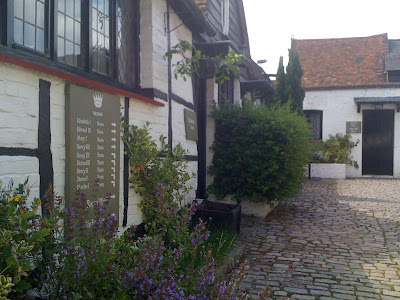 They seem to have the same gardener as I do (none). Oh dear. 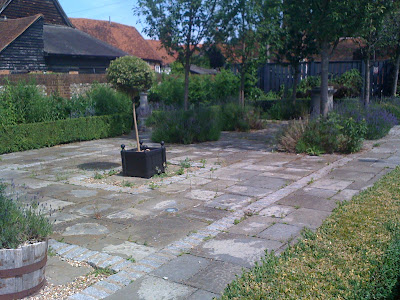 It was hot - as proven by tables and umbrellas, v unusual sight in this hemisphere. 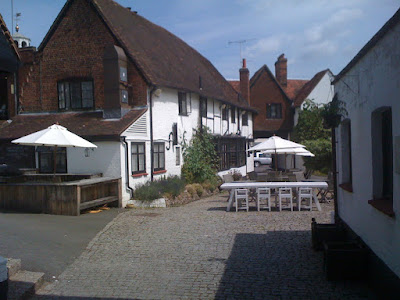 Oh look, "the acclaimed film"! I am not sure whether this is a good sign or not, smacks a bit of desperation?? At least it makes a change from claiming Charles II slept here when fleeing from the Roundheads. 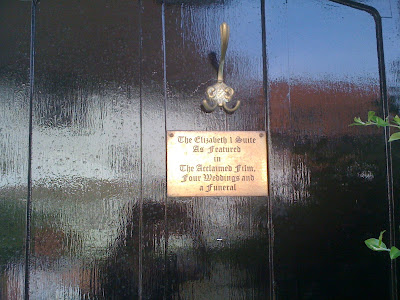 Lovely B and I then proceeded to check out the shops. We went to one called "littlebondstreet" (cheap deal at printers if use only lower case???) (I had spotted it during a walk on bitterly cold Boxing Day last year, when Mr Blighty had to pull my frozen tongue off the window and force me back into the car, such was the lusciousness of the items on display and the zeal of my window shopping).

This clutch bag has a trout pout, too much filler? 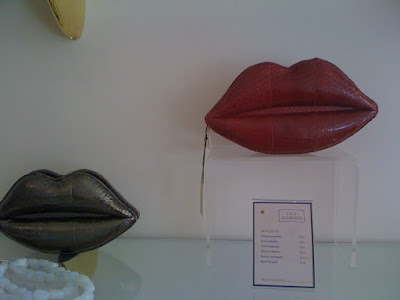 I know Lulu Guinness is the business, but the prices frightened me to death! 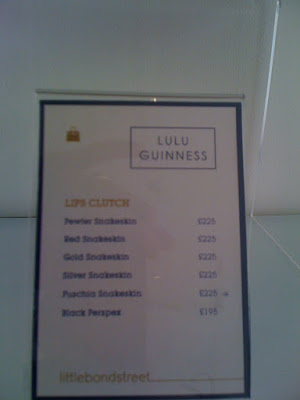 At this point the most shameful thing happened. I hardly dare speak of it. My phone ran out of juice. What an amateur blogger novice mistake! I was undone! There were more lovely designer things I so wanted to photo, including See by Chloe shoes which were £400 IN THE SALE!! While we were there, one lady came to collect one pair that had been ordered, then just "popped" another pair into her shopping basket, as you do! Lovely B had to stuff my tongue back into my mouth, wipe the dribble off my chin and bundle me out of the shop!

Below, the reason I ran out of battery. Boy 2 has loaded up all sorts of games on my phone and then sneaks my phone and plays them; I can always tell it's happening as a weird quiet descends on the house, very unnerving. He also enjoys taking photos of the screen. Why? And I keep having panic attacks thinking the "you currently have a negative cashflow" is a message from my bank. 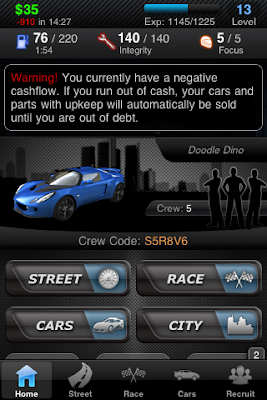 Later, inspired by the Four Weddings plaque on the hotel suite door, we chose a Hugh Grant DVD to watch. I love Hugh Grant, he never disappoints, he is basically always the same (except for About a Boy, when he had a cropped haircut). When we lived in London, everyone I knew was always seeing him. I never did, it was totally unfair. The best story was from a friend whose husband spotted Hugh sitting outside a cafe. "Walk by and look", he says, "but be cool." "Sure, of course I'll be cool", huffs my friend. She walks up to Hugh's table, stops dead in front of him and squeals at the top of her voice, "HUUUUUGH GRAAAAAAAANT!" He started working a lot more in the US after that. 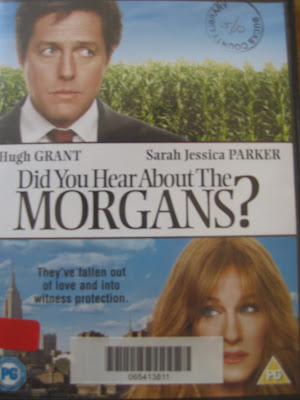 Email ThisBlogThis!Share to TwitterShare to FacebookShare to Pinterest
Labels: films, glamour, Lovely B