Report of proceedings in the Court of Appeal, R v Blighty

Polly Esther, QC for the appellant: "Your Lordships, I appear on behalf of Mrs Blighty who is appealing against her conviction in the High Court under the Sartorialist Act 2010 of dressing in a repetitive and obsessive manner and under the Road Traffic Act 2001 of knowingly or recklessly impersonating a zebra crossing in a built up area. Important new medical evidence has come to light showing that Mrs Blighty is suffering from RDS."

Bufton-Tufton LJ, interjecting - "Pray, what is RDS? Is it an opera?"

Polly Esther, QC: "No, my Lord, it is Repetitive Dress Syndrome, which is the uncontrollable and insatiable urge to buy the same item of dress over and over again. This has been diagnosed in Mrs Blighty by Professor Bill Amex, a copy of whose report has already been supplied to the court. I would also like to introduce in evidence Exhibits A - F.

Exhibit A - dress from TK Maxx, the appellant admits she bought it as it was cheap. 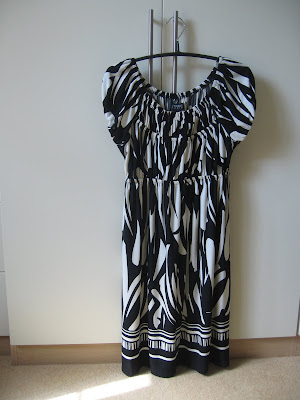 Exhibit B, dress from Wallis, appellant states she thought it would be so easy to wear and would not require ironing 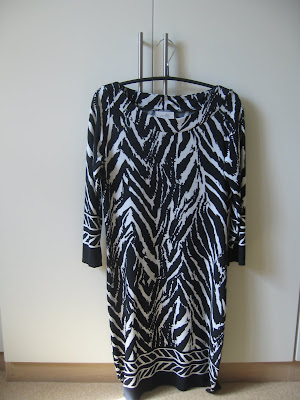 Exhibit C - dress from Whistles, appellant maintains it was greatly reduced, therefore too good a buy to miss 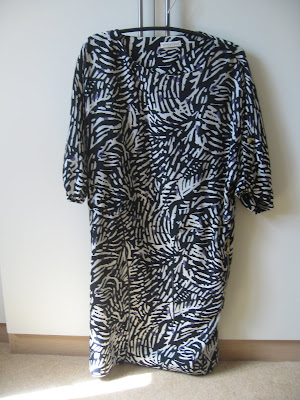 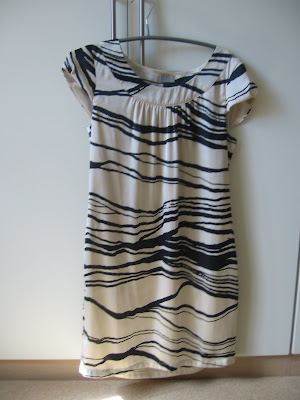 Exhibit E - an early sign of RDS, from H and M 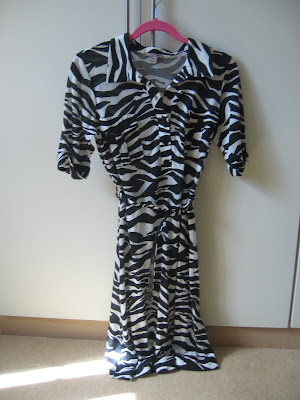 Exhibit F - the chronic nature of the appellant's RDS can be seen by the fact that it has reached her feet. 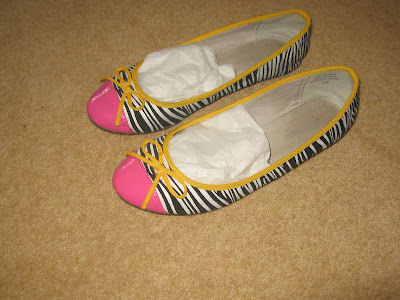 Wetherby-Fetherby LJ: "Thank you Miss Esther for an very informative morning. We will now adjourn to consider this new evidence and to have lunch at my club. Do you have anything else to add?"
Polly Esther QC: " I would like to point out that the appellant has been making strenuous efforts to overcome RDS and is making considerable progress, as you can see from the photograph below". 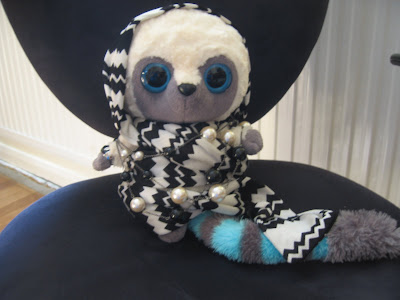