And then my pants dropped off 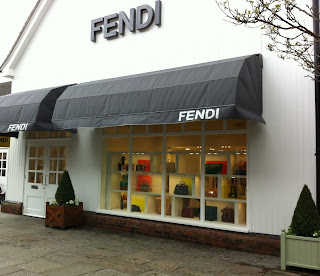 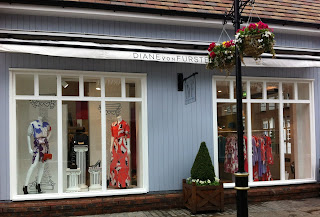 Dahlings, how are you? I am pleased to report that our local Shorts Wearing Man is still at large, with daily sightings of him and his legs. I now have to sing a short refrain of "it's crazeey, crazeey, shorts wearing man!" whenever I drive past him, I just can't not do it. And  I am wondering what on earth will happen if it actually gets hot this summer - stay tuned for possible update on Crazy Naked Man and/or local mother drives car into hedge in state of over-excitement.

This week the boys popped back into school for a spot of learning before the next set of holidays.

To celebrate* I took myself off to Bicester Village (luxury brand discount outlet and my spiritual home).

Shockingly, I bought very little. I saw a tweet a while ago along the lines of "My woman-ness is
broken, I can't shop" and I felt just like that, the pathos was overwhelming. 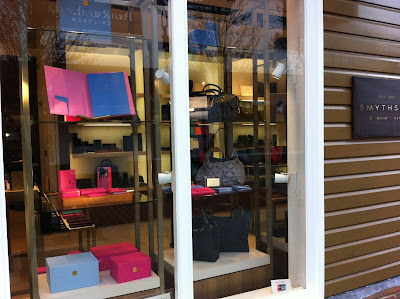 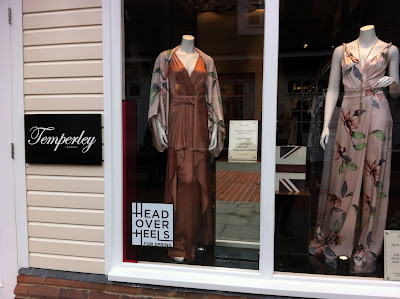 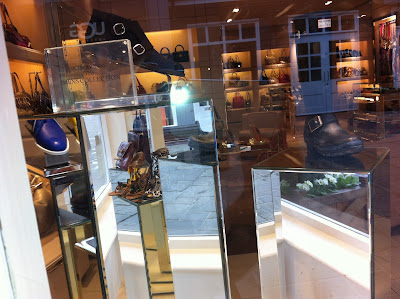 I came home with only liquid handwash and L'Artisan Parfumeur Mandarin eau de toilette.  When I told Mr B I had bought some mandarin perfume he asked why I wanted to smell like an ancient Chinese bureaucrat- ha ha Mr B, ha ha. 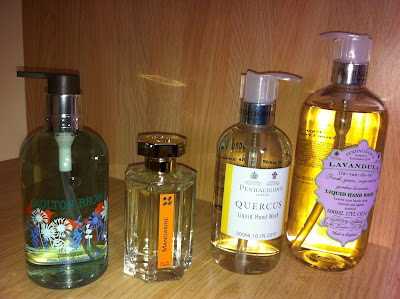 In yet another exciting new fashion development I have decided pencil skirts are the Way Forward** - ones in stretchy material, though, for comfort and ease of movement. 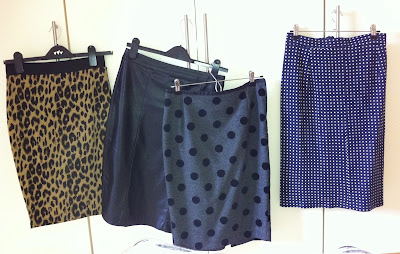 I have decided they are more flattering for the older figure and also will eliminate the problem of  "accidental lower back exposure" aka builder's bum.  I have jeans from Zara which are cut too low. Recently the boys have been shouting "UUUUURHHHG MUM NO, we can see your bum, uuuuuuurh! !" when I bend down to feed one or other of the domestic appliances. It's not the kind of reaction I wish to inspire in young men.

I have taken the plunge and ordered these.  I look forward to returning them shortly. And to be honest, forget the skirts, I would rather hire one of these lovely, fresh faced, perky young ladies to come look after the household for me while I lie around on the sofa...

﻿
In other exciting fashion news, Grandma Whacker has appointed me her personal stylist.  Move over Rachel Zoe (and stop making Skyler wear those hats): I am now Stylist to the Stars.  La Whacker is contemplating some Spring fashion purchases to take her through her many social  engagements.  We all know it will end in Marks and Spencer but in the meantime I think these jackets would suit the Big G very well.

In  other news I read this recently.

It made a big impression on me.  It's the true story of an attempt by the Czech Resistance in WW2 to assassinate Reinhard Heydrich, the Nazi Protector of Czechoslovakia and one of the architects of the Holocaust, and all round despicable human being.

It's not a cosy read obviously given its subject matter, but I thought it was brilliantly done. It helped in terms of suspense that I was ignorant of this chapter of history; if you already know what happened, that might change your experience of the book.

From reading the book blogs, I gather the novel is an example of "meta fiction", where there is a story within a story: the author recounts the book writing process and also plays with the conventions of the historical novel, telling a bit of the story and then in the next chapter revealing that he invented various details.  This has irritated certain readers but I liked it, I thought it was honest and made his account seem more trustworthy, not less, by showing that many details in historical accounts have been "filled in" by the author.

Other commenters have also been upset by what they felt was the author's flippant tone and it is true he makes quips, but I found this understandable as a release valve: it helped to bear the horror of what he was describing.  I could not have coped with a highly charged account of the brave Resistance and the Nazi atrocities. As it was, I often had to lay the book down, exclaim "Bastards"" to myself and then carry on reading (which livened things up on one occasion when Mr B mistakenly thought I was referring to Boys 1 and 2, locked at that moment in fraternal combat).

I followed up with this - an eco end of the world novel - gosh, I am cheerful.

What are you chaps reading at the moment?  Any nice, light, feel good books you can recommend, to balance things up?

Now, it has come to my attention that my follower numbers are sliding, a bit like my ill-fitting jeans.  Right you lot,  remember, IF YOU DARE UNFOLLOW ME, I WILL COME FOR YOU AND SHOW YOU MY TROUSER GAPPAGE IN FULL TECHNICOLOR AND IN CLOSE UP. YOU HAVE BEEN WARNED.***