Isn't it just amazing what you can find knocking around on Blogger?  Here is a post I wrote way back before Christmas and then completely forgot to publish.  At the time I was in the full throes of decluttering, partly motivated by guests coming for Christmas and an urgent need that they never see under what conditions we really operate at Blighty HQ. 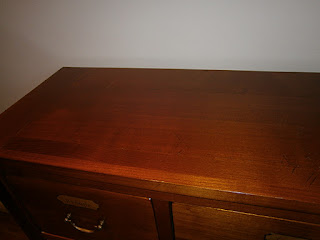 Dahlings, in an exciting new life style development, I have been exploring a rich seam of minimalist blogs and applying the knowledge gleaned to Blight HQ.

(Or shouldn't they really be called mini blogs if they are truly serious?  Or even m blogs? or mogs? (note to self : there you go, being silly again, spoiling what was going to be a really grown up, perceptive post full of carefully thought through insights and....ha, ha, (falls off chair* laughing as per )...

*virtual chair obviously, as have got rid of actual physical chair, Step 58 of Chuck Out Clutter Kwik, my own decluttering manual, available on-line for the modest price of £3000..

I found blogs like Miss Minimalist The Minimalists and  The Everyday Minimalist. Also Leo Babauta and his mnmlist; which links back to Lisa of  Privilege.  And  Project 333 which the lovely Janet of Gardener's Cottage has been doing  (it all comes full circle in blogworld!)

All very intriguing and inspiring. And so seductive - the idea of Less Stuff.

And there seem to be a lot of different variations - extreme minimalists - they only own 25 things or they live in hotels and all their stuff fits into one suitcase, or they have a house with just a mattress on the floor and not even a table, or a tiny house under 900 square foot; or they have got rid of their car and cycle everywhere;  or more moderate practitioners where you are allowed only 30 of each thing - one lady recommended only having 30 coats !! Or minimalism linked to Christianity, or frugalism, or environmentalism - using less to leave a smaller footrprint on the world... just fascinating, a total reaction to excessive consumption - it's no surprise that lot of these bloggers are American.

The result of this research has been:
*Decluttering Lite TM is a unique form of decluttering which I have devised myself (coughs modestly).  Dahlings, I don't mean to be patronising but you may find this next bit hard to follow, not having sat on your arse on the sofa for hours drinking cups of tea and gawping at the internet with mouth hanging open undergone an intensive immersion course in the precepts and key principles of minimalism and achieved a high level of understanding and expertise...
Anyway here it is, do try to keep up..

Decluttering Lite TM = you take some stuff and shove it in the garage.  Et voila!

But there is even more to it than that - you must then remember ALWAYS to put the light on when entering said garage otherwise  you will fall over the 3 baskets, 2 whiteboards, vegetable rack, 28 footballs, 300 plastic bags, 12 pairs of wellies and wobbly footstool you got from a charity shop which you thought was shabby chic but in fact is just shabby...
ALSO must warn your Significant Other of the same (unless you want your offspring to pick up some interesting new non-minimalist vocabulary about f***ing %$%£%  deathtraps etc).

Anyway, must go as there are 2 small lumps cluttering up the sofa... they need to be Litely Decluttered TM but possibly not to the garage...although.......


So that was my abandoned post.  What do you all think about minimalism?

“A popular habit of the extreme mmnlst is to negate vowels from words. Not only is this rdcls but it gts fckng cnfsng.” – Anonymous

The above quote comes from very amusing post on minimalism http://andrewcaldwell.org/blog/waging-war-on-minimalism/ - do go and have a read!

On a more serious note, I did find, for me, that minimalism could slip over into Giving Up and Not Making an Effort - for example, I won't wear my watch as I have the time on my mobile phone; I won't wear jewellery as what does it do? I won't put together a different outfit I'll just keep on wearing the same jeans.  I think to embrace the ascetic side of minimalism you need to be a very buoyant, committed person.  Ultimately I like my inner landscape to have a scattering of fripperies and frivolities, they keep me happy and prevent me howling with existential angst in the middle of the supermarket (or at least snatching scones from the nearest old age pensioner in the overcrowded bread aisle); I guess I am deeply superficial.

But I tell you what worried me most about minimalism - one blog suggested that one should even be minimalist in one's conversations - to weigh each word and only have meaningful communications with other people. That, my dahlings, you will not be surprised to hear, frightened the life out of me!
Posted by Blighty