Major This and That and We're All Going to the Zoo

Boys 1 and 2 have been on hols for just one day, and already I am in this sort of state: 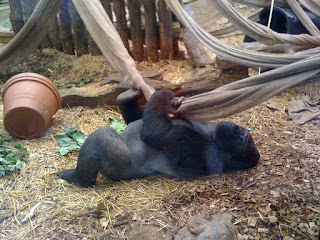 Also a couple of Major things:

I made a Major Omission from my last post about meeting up with the lovely S.  Here is a pic of S to remind you. 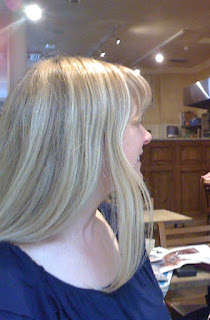 What I forgot to say was, S is a HUGE FAN of Faux Fuchsia, she cannot get through the day without checking on her latest post.  While we were chatting for England and shopping, S spotted this decoration and declared it would be just the thing for FF and her Christmas tree, so she purchased it. 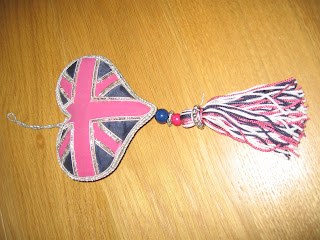 FF, it will be on its way to you, once I get to the Post Office.

Second Major Thing: Daphnes4Boy$ had their Speech Day on Saturday and the guest speaker was an Army Major in dress uniform with a CV that read like a James Bond novel. Just too, too exciting for a woman at my time of life.  He had those trousers on with a red stripe down the side, so so flattering and dashing.  Never have I been so interested in Speech Day!

Luckily, a really lovely mum I know reminded me that
a) I am married
b) dribbling is not attractive
c) she herself had in fact been a Major in the Army so there! ( in fact recently I went on a bicycle ride with her, she is super fit and I was terrified in case she shot me for lagging behind/desertion...)

So today, the official first day of the Summer Hols, I took Boys 1 and 2 to London Zoo.

Look, you would think this was somewhere deep in the countryside, but it's Regents Park, which we stomped through on the way to the Zoo. 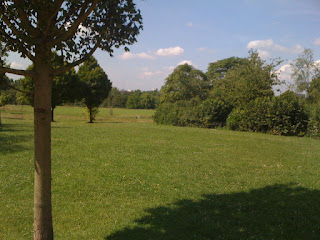 And here is the Regents Canal, also very picturesque. 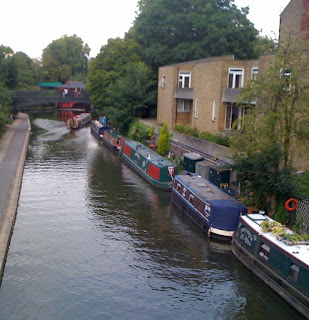 I must admit to reservations about zoos, do we need them when we have all this great video footage of the animals in the wild?  But London Zoo take great pains to stress all the conservation work they do, funded by the zoo entry fees. Boy 1, though, who is a very kind chap when not bashing his brother, remarked constantly on the smallness of the cages.  I imagined that some of the animals looked a bit depressed, like the tigers: 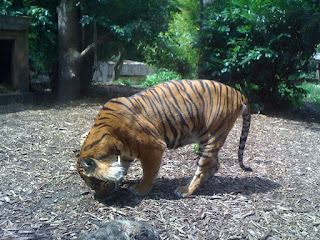 But some of them looked quite chipper, like the penguins and the meerkats. 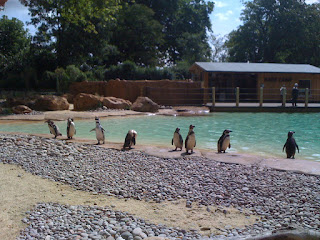 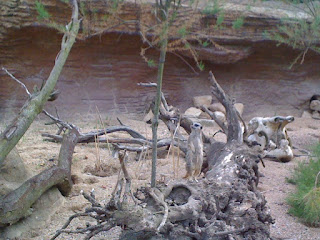 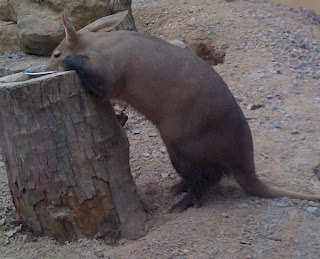 But my favourite was the sloth; this is how I would like to spend the holidays! 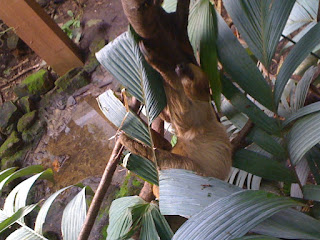 The boys were also less than amused when I told them we were going because of the Chimp Adoption Programme - I hoped they would be eligible.  They countered with a Feed Mummy to the Snakes Initiative, which shut me up ( I had to stay outside the Reptile House, such is my serpent phobia).

And just look who we saw in the Zoo Shop (where we spent a disproportionate amount of time lusting after the furry toys, I had no idea Before Children that boys could love those things with such fervour..) 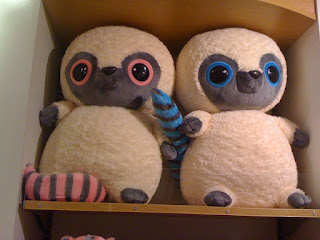