Mr Blighty is in Da House and Da Village

Mr B never tells me too much of his movements, are it were. I am informed on a strictly need to know basis, usually at the last minute. I used to fantasise that this was because, rather than being a government lawyer sitting in an office all day drafting laws about financial products, dredging in the Thames or off shore banking for low income families, he was in fact a highly trained M15 (or M16 can never remember which is which) operative, sort of like Daniel Craig with a law degree. And glasses. And less muscles. And a better understanding of when to use semi-colons.


But the truth I am afraid is less exciting. He does not tell me his plans too far in advance in case I plan home improvements for him to do. Or make him stay with Grandma Whacker (where she gets him to do home improvements).


So, to my surprise, he is now on holiday. Not in the office. At home. Here. With me. Till September.

It's hard to get used to having him around, I feel like those wives whose husbands have retired. Already, only 2 hours into his hols, he gave me some interesting insights into how to do the washing up better. Bless.

The other day he came to the supermarket with me. Which was sweet, and yet.... he kept disappearing with the trolley, each time I tracked him down to find him looking at the car magazines, or soy sauce, or cat food. We don't have a cat. Although less boisterous than the boys, he was harder to keep track of - I can tell where they are by the shouting, crashing noises, old ladies flinging themselves out of the way of the trolley and giving me black looks and muttering about parents are to blame.. Also I can shout at the boys, which I enjoy.

And, as this week the boys are doing a cricket course I had planned a little trippette to a high end retail discount outlet called Bicester Village, in Oxfordshire. Which I like to do sans Mr B. And his calculator.

But you can't keep a Blighty from a shopping trip. Mr B agreed to come with. I did my best to prepare him emotionally. I explained there would be shops, consumer goods, use of plastic, and general debauchery. If he was very good I would even let him have a coffee. 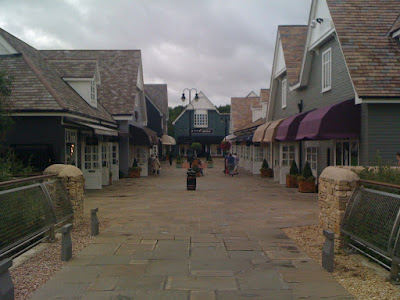 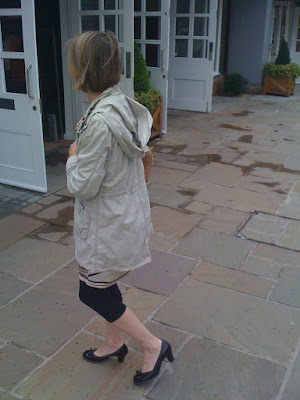 Mrs B locked onto target. Jeez,woman, get your highlights done! Or go brown. Two tone is not cool! And what's with the anorak? Ok, yes, it was raining, but where's your Burberry? OOh, you don't have one! OOh! 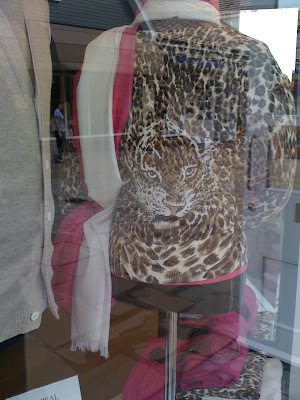 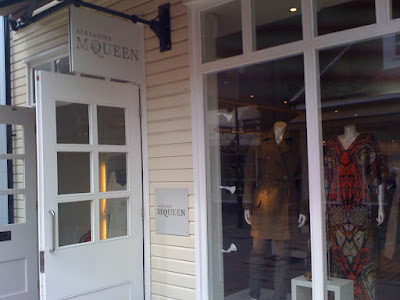 All very fancy schmancy, Mr B complained there was no Primark. 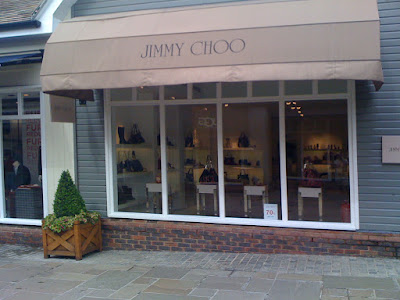 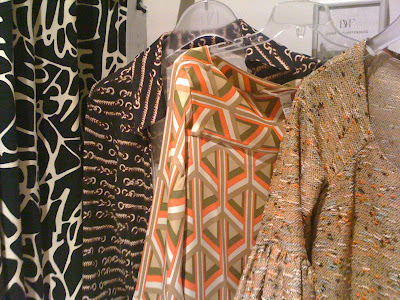 Dresses were tried on in DVF, the tweedy looking number was particularly hideous. The wrap dress was the best, but I already have similar (cheaper) dresses! The one in the middle was very geometrical - education value for boys and their maths?? 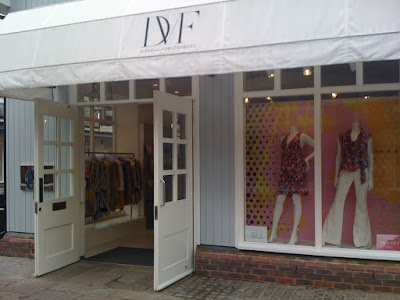 A jolly time was had, despite the rain and the pervading smell of DRAINS. Yes, drains is the new thing - Grandma Whacker, Anne-Marie http:://thehousethata-mbuilt.blogspot.com/and Bicester Village all are having drainage issues, er, problems. There is nothing like the smell of sewage to add that delightful frisson to your high class shopping experience! Bicester, you need Grandma W, Mr UnSpellableski and their sticks, they are good workers, they just need a nice sit down, a nice cup of tea and a nice read of the Daily Mail once a day.

When we got home I bewundered our purchases, as the Germans almost certainly don't say. 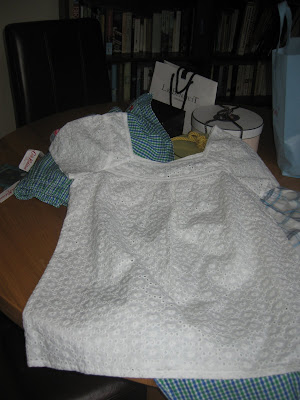 Discounted top from The White Company, I have been obsessed with LPC's standalone top since first I saw it on her blog. I do mean her shirt, not her actual top.. http://amidlifeofprivilege.blogspot.com/ 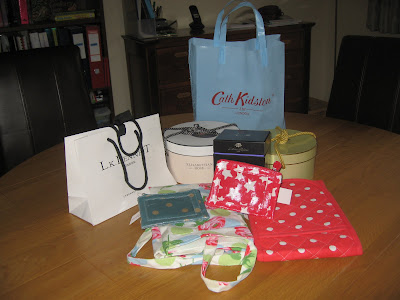 Purses for the boys from Cath Kidston, as Boy 1 lost his last purse (my purse) on a school trip to Cadbury Chocolate World he now tells me; we are doing pocket money in an attempt to instill financial responsibility; would I like pocket money too? HaHa, Mr B, Ha Ha; and candles from Penhaligon, and apron for me to turn me into Stepford Wife!! 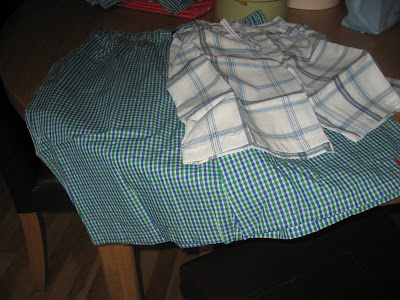 Mr B splurged on big important pants, £5 from Ralph Lauren, for sleeping in. I got Boy 1 similar pants from The White Company. So they can both sit round in their important pants and do male bonding and stuff.
So that's it. But don't worry, today Mr B gets his own back. We are going with the boys to Wembley to see England play Hungary at football. I'll definitely need a Burberry for that.
Posted by Blighty