This topic is inspired by what is going on in my drawers.
Sorry, I’ll re-phrase that. Let’s try again.
As a 40++++++ woman you would have thought by now I would have learnt to stick with what suits me, sartorially. I have short legs. (I suspect I am descended from a Welsh pit pony, which raises questions about my forbears I don’t even want to begin to think about). So I know that the most flattering tights for me are plain, black, dark brown, and if I want to be adventurous, grey. Plain, plain, plain. Any sort of pattern will increase my calf diameter visually by 100% and will further emphasise the shortfall in the leg length department. Bright wacky colours will also draw attention in the wrong sort of way, risk provoking a migraine and, most seriously, cause Mr B to enquire when the pantomine season starts.

Please don't think I'm against groovy tights in principle. Gals with long lanky limbs can do fancy: the other day Sea of Shoes was sporting a very nice leopard patterned pair, but she has very long, slim legs and so can get away with it. The lovely Faux Fuchsia was totally rocking some fishnets a few months ago, but she has Killer Pins. They are just not a good idea for me.

Also, I am old enough to have already tried lively tights in the 1980s and so Should Know Better. (I still get horrific flashbacks of a royal blue pair with black polka dots, which I paired with a matching royal blue jacket, yikes).

I include in the TOD category those annoying tights which are so voluminous they pull up to under my armpits and the kind, big or small, whose crotch creeps persistently downwards leading to manoeuvres normally only seen in certain bars in Bangkok.

And don't get me started on my adventures in stocking and suspender land, and the dread holdups, which malfunctioned on one leg at the end of a meeting during my former life as a lawyer; how come normally at the end of meetings everyone scarpers leaving me alone gathering up my papers and eating the last of the biscuits, but on this occasion I appeared irresistible to one chap who lingered, thus preventing a discreet rearranging of undergarments? 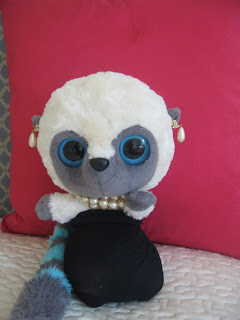 Plain tights are a good and classic option 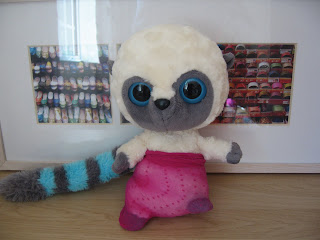 Why then do I have a whole drawer full of TODs? And when do I buy these? I can NEVER recall doing so, but unless there is some sort of random tights fairy who breaks into the house and deposits strange tights while I am sleeping, I must have done. 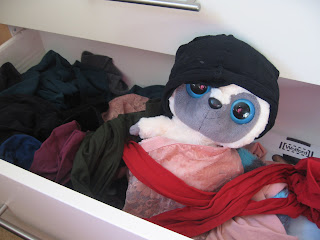 The TOD drawer can really drag you down
Finally, I should explain why TODs have this rather tasteless moniker. Apart from my sad need to over-dramatise trivial everyday annoyances, the story is as follows: A few months ago, I pop on what I considered to be very jaunty black dotty tights. When I appear in the kitchen Boy 2 shouts cheerfully, “ERRRRRRRRRG, Mummy’s got spots all over her legs. That means she’s going to die!” How lovely, what a sweet, caring child. Boy 1 chips in, “No you mustn’t say that.” My heart lifts, at least one of them is developing some sensitivity and so may not grow up a psychopath after all. Boy 1 adds in a deep, lugubrious voice, “You must say “Mummmmmmmeeeeeeee is going to diiiiiiiiiiiiiiiiie.” 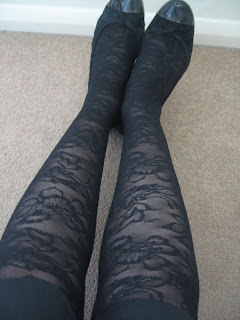