Let's hear it for trouts

I must admit to feeling a bit uninspired and slightly drained. This is probably because today Boy 1 is doing his English Speaking Board exam, to which he violently objects on the grounds that a)it involves poetry and b)he can already speak English. I had to stand firm against the most heart-rending portrayal by Boy 1 of intestinal agony ever witnessed, which came on at precisely 8am this morning, coinciding with departure to school. I am a heartless mother, but at least he will have lots to tell his therapist when he’s in his 30s. There was also a terrific bust up between Boys 1 and 2. I have now re-named Boy 2 “Vuvuzela”.

Luckily, the lovely Faux Fuchsia has provided inspiration by suggesting I do a post on trouts. FF no doubt feels I am well placed to deal with this topic. I do display many troutal tendencies and sincerely hope to grow into a Right Old Trout. (Haha, Mr Blighty, haha). My theory is we need more old trouts to speak their minds, sort people out and generally interfere. Famous Trouts that spring to mind are Bodicea, Queen Victoria, Margaret Thatcher and, of course, my mother, but these gals are all English, we need multi-national trouts, names please!


The trout topic brings me to Cliveden, a huge mansion and country estate overlooking the River Thames in Buckinghamshire. The Blighty family and friends recently went for a walk in the grounds. (Cliveden was where, infamously, the MP John Profumo first met Christine Keeler in the 1950s –see film “Scandal” featuring John Hurt for lurid and most enjoyable treatment of the subject, see v serious report on the affair by Lord Denning if you don't want any unnecessary excitement). 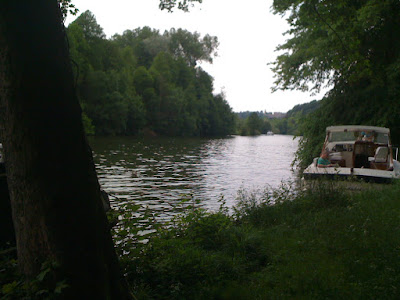 The Thames, a place for quiet repose in your motorboat, until the Blighty mob yomp past 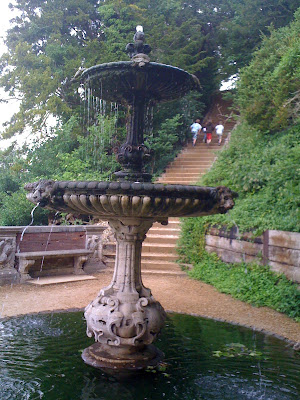 Small boys leaving scene of crime. Where is smaller brother? Can he swim? 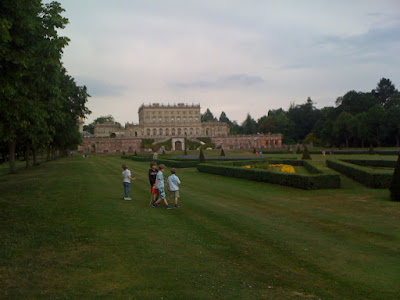 Nice little country cottage
In the 1920s and 30s Cliveden was the home of a certain Nancy Astor, the wife of Waldorf Astor. Nancy became the first woman Member of Parliament in 1919. This achievement alone could be evidence of supreme troutdom, and I mean that as a compliment (actually it may have been her husband’s money and the Tory party backing that did it; Nancy was also said to be very witty but later in her career she made some really questionable remarks and fell out of favour). 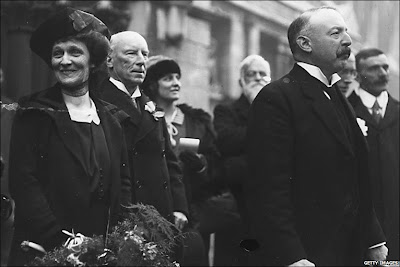 There are some great anecdotes which serve to enhance her troutal reputation. These are alleged to be exchanges between Nancy and Winston Churchill (apologies as I suspect most people will know these but I couldn't help myself):


“Lady Nancy Astor: Winston, if you were my husband, I'd poison your tea.
Churchill: Nancy, if I were your husband, I'd drink it.”

"Winston, you are drunk"
“I may be drunk, Madam, but in the morning I will be sober and you will still be ugly.”

(Actually, the second was probably not Nancy but is always being attributed to her).

I do think though Nancy may have taken troutdom just a little too far, as her husband is reported to have had a heart attack after an argument with her about chocolate. I feel there is a lesson in there for me.

So that’s my little essay on trouts. Just hope Boy 1’s poetry recital is as smooth as Winston’s repartee.