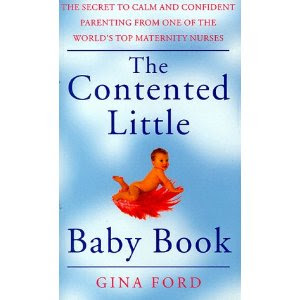 The other day the really nice man from the Blinds shop came to measure up for a new blackout blind for Boy 1's bedroom. Old one strangely frayed at edges - query - has Boy 1 been chewing it and if so how did he manage this? Also roller making strange rattling sound, possibly Lego inside.


I have been obsessed with blackout blinds ever since Boy 1 was a tiny baby and I became a disciple of Gina Ford's "The Contented Little Baby Book". I have no idea whether Gina is still in vogue but I remember at the time your baby either was or wasn't a Gina baby, and parenting sites would be full of highly charged debates about the wonderfulness or awfulness of the big G.
When we brought newborn Boy 1 home from the hospital Mr B and I were a bit unsure what to do next. Mr B gave him a tour of the flat, showed him his room and explained how the washing machine worked. Then we sat him on the sofa, looked at him for a while and asked him if he would like a cup of tea. We thought we had a new lodger rather than a baby. Imagine our surprise later that evening when our quiet new housemate suddenly transformed into a wailing, all-night party animal; and the partying didn't stop there, night after night it went on...There were moments when I found myself searching through my wallet for a receipt from the Chelsea and Westminster Hospital to see how long I had to return him and get a refund.
It became obvious we needed some sort of users manual on how to operate a baby. When should he nap? Do you change his nappy before or after a feed? How much on-line poker should he be allowed to play?
This is where Gina came in. Gina was all about routines for your baby, and her book contained exacting timetables to follow. Very exacting timetables. I can recall getting quite stressed if it was 9.02am and I still had not put "baby" in his cot for his first nap of the day; I could never remember which breast I had given him (probably one of my own but in my sleep deprived state even this was uncertain) and I never fancied the large glass of water I was supposed to drink after a feed (a cup of tea and a packet of biscuits was more what I had in mind). And Gina gave dire warnings about not letting "baby" nap after 5pm because otherwise he would not Go Down at 7pm, to such an extent that any signs of snooziness in Boy 1 at this time of day would give me panic attacks. 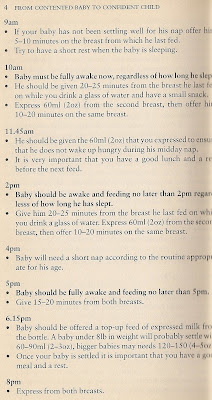 I am sort of coming to a point. Gina was very firm in advocating both blackout blinds and interlined curtains in "baby's" room, to ensure he slept well. The book included terrifying case studies of babies who were Woken by Light Coming into their Rooms. My favourite was where the father, a City trader, left for work at 5am each morning and the Light from the front door opening Woke the Baby; in this instance Gina seemed to condemn at one fell swoop bankers, fathers, and lack of suitable window dressings. So this explains my blinds fetish.
After the measuring up, important discussions took place about what colour blind would match the curtains. The blinds guy had lots of books of swatches, and I found myself telling him about a study on colour perception done by some super clever boffin guy in the US*. So I thought I'd tell you all about it too. I find it so funny. Then again it could just be the sheer relief that Boy 1 won't be Woken by Light Coming into his Room.
http://blog.xkcd.com/2010/05/03/color-survey-results/
Warning - the language, as you might expect of young studenty types is strong, not suitable for children.
*http://en.wikipedia.org/wiki/Randall_Munroe
Posted by Blighty