Shameless name dropping, scary bras and Quote of the Day

Hello there! Have just cleaned out the inside of the Blightymobile, so am feeling virtuous and entitled to a reward in the form of a nice sit down in front of the 'puter. (Have been putting off said cleaning for a while, justifying it on the grounds that if we were ever trapped anywhere in the car, we could survive for days on the biscuit and crisps fragments which coat the inside. But when even Boys "We don't need to wash our hands we did it yesterday" 1 and 2 are commenting on the unsavoury state of the backseats...)

Below August editions of mags scored from our local library. Hurrah for the library, hurrah for local government funding my magazine reading! If ever we get a written constitution I will be campaigning for the right to read Vogue to be enshrined as one of my basic human rights. 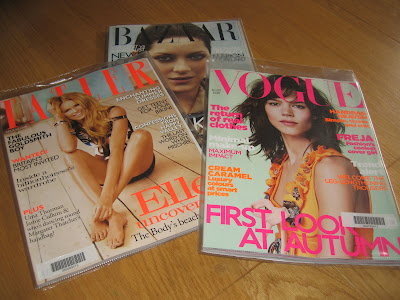 I looked through hoping to spot some nonsensical fashion words, as I feel it is unfair that Faux Fuchsia should shoulder the burden of doing so unaided, it is such an onerous responsibility. Unfortunately I am not sufficiently skilled to spot them, my fashion radar is faulty! I did however learn that for autumn there are New Trousers which fit at the small of the back and make your legs Go On For Ever. Hurrah for that, much better than trousers where half your bum falls out and your legs look like stumps! Tatler carries an article on Elle McWhatsit looking unfeasibly young and lithe. Her sons attended the posh school Boy 1 went to in London. Had we stayed in London, Boy 2 would have been in the same class as Claudia Schiffer's son...and then there was Liz Hurley's son ... Elle, Claudia, Liz; not who you want to see at 8am when wearing your pjs under your anorak, although it did encourage fathers to do the school run! The Tatler also has a pic of one of the mums from the posh school rigged out in tiara and ballgown at some Caledonian ball thing. How come I never get in Tatler - "Mrs B doing weekly shop at Tescos" or "Mrs B wrestling Boy 1 to ground to apply suntan lotion" ?

Below, photo taken some time ago during my Barbara Pym phase. Her books are deceptive, not much appears to be happening but they are quietly funny. I think I also wanted to show that OPI Tropical Punch matches the cover of Jane and Prudence. Useful to know that. 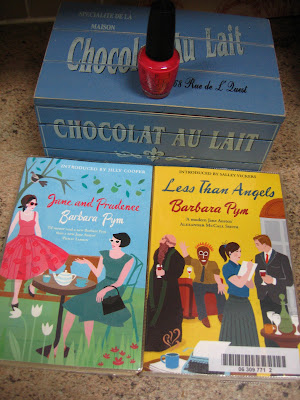 Below, I am still trundling on with Elizabeth Bowen and "Love's Civil War". The problem is that it is very lopsided - her letters to her lover Charles survived but not her diaries; his letters to her did not survive but his diary entries did. Her letters are of the "Darling you are my whole life" variety, without his replies it all seems a bit obsessive.... 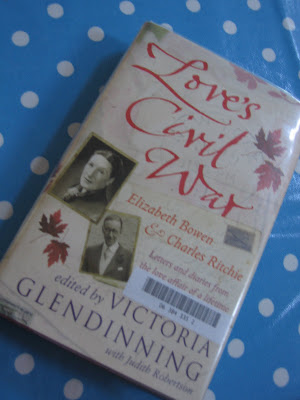 Here are some more books I am planning to read. Bedford had an interesting life, and her life intersects a bit with that of Gerald and Sara Murphy, a gilded American couple who lived on the French Riviera and knew Hemingway, Scott Fitzgerald, Picasso, among others. They are supposed to be the couple on whom Fitzgerald based the Divers, of "Tender is the Night". Gerald Murphy had a sister who had an affair with Bedford. According to the Murphy book, the sister was a serious bedwetter. Gerald's wife had to put a rubber sheet on the bed when she came to stay. Useful to know that too. 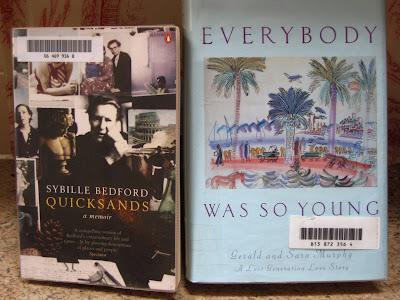 You can see I get almost all my books from the library, it started in our tiny London flat as a space saving ruse and also as an austerity measure. I usually write down what I have read so I can look back and remember, and I have also discovered Library Thing where you can build a virtual library, another fun way to waste time! http://www.librarything.com/
Enough with the books, on with the bras. Look at these beauties, the photo really does not do justice to the hugeness of the one on the far left. I was looking for a junior training bra for my under developed chest and took a wrong turn and found myself in the DD department. 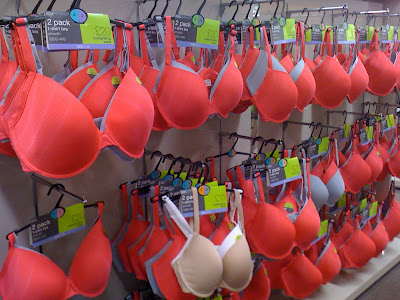 A while ago I also saw these strange creations in H&M, on sale for £1. I briefly considered whether Mr B would like to play the coach and the cheerleader but felt this might frighten the poor man to death. 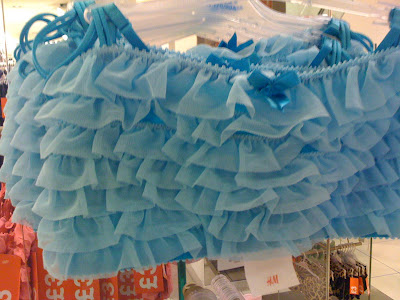 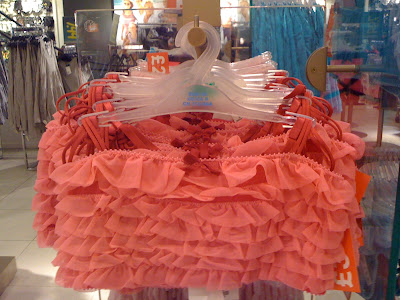 Here are some pics of perfumes I saw in the shops recently. 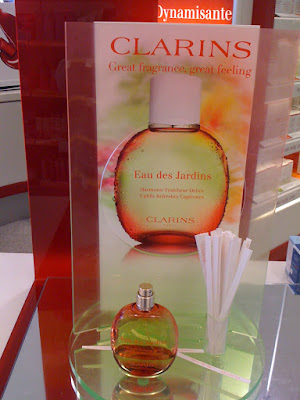 This looked like a shrine to Chanel, I resisted the urge to light a candle. 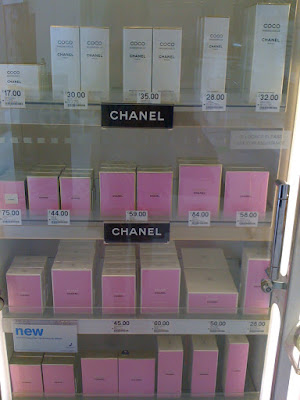 At the same shop I went into action with my handy dandy polish colour chart. Although I didn't need a chart to tell me that I hadn't got the blue already. I thought it might be a Tiffany's blue. Or more likely a horrible mistake. 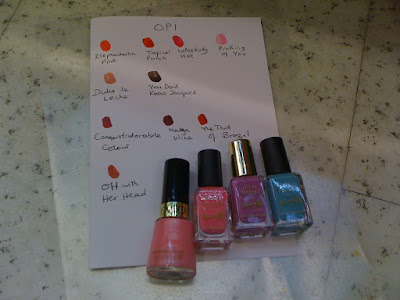 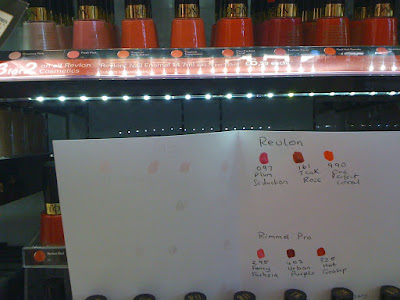 Next, the lovely Janet of http://thegardenerscottage.blogspot.com/ posted a picture of her blackboard where she writes her menus each day. This inspired me to rub off the "Don't forget your sandwiches" reminder which has been on my blackboard for almost a year. Instead I have decided to do a different quote every day or so, in an attempt to be amusing yet educational, and see if anyone notices. So far only Boy 2 noticed and thought the "so" was "50". Note to self - watch handwriting! 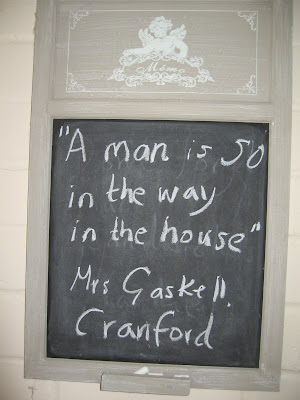 Finally, there are signs that my intensive schedule of summer holiday activities for Boy 1 is paying off. 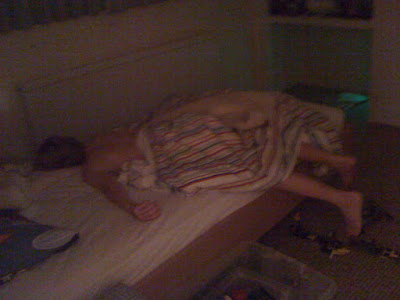