My Mother, Joan Crawford and coathangers 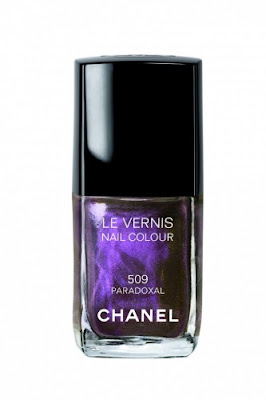 I have been musing on how to increase the traffic to my blog. It would be quite wrong of course randomly to mention the sort of brands people might put into Google searches. Quite wrong.
CHANEL PARTICULIERE
CHANEL PARADOXAL (apparently this is the new "must have" colour, a sort of purple)
AVAILABLE TO BUY
Yes, quite wrong, cynical and a cheap trick.
BALENCIAGA
LOUBOUTIN
WRIGLEYS SPEARMINT GUM, er, no, I give up, can't think of any more..
Meanwhile my mother appears to have gone mad and has asked me twice now over the phone to buy her Woolite delicates wash, apparently it's not available in any of the 94 supermarkets where she lives. Quite what has brought on this sudden need for Woolite I do not know. Dear Lord, what if she's drinking the stuff?? Is this the new designer drug for the over 70s? Will she be featured on some gritty documentary? Will she start blowing bubbles? And from where? The whole thing is a worry. 
I've not mentioned my mother before because She Would Not Approve. There is much which meets with her disapproval, for example:
uncertainty about when the next meal will be served
vegetables that have not been boiled for at least 2 hours
shoes which are not sensible
small boys who shout "Oh no, it's Grandma Whacker" and appear at the dinner table wearing their bike helmets
untrimmed hedges
untrimmed hair

The latter are my speciality. Mother does make me laugh about these though. "This cake is very gudgey and too sweet" she says, as she chews disapprovingly. " Would you like another piece?" I ask her. "Yes please", she replies, without a hint of irony. It reminds me of the joke about the people complaining about their hotel - "The food was terrible, and the portions so small..." 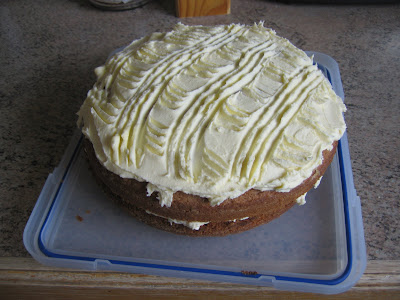 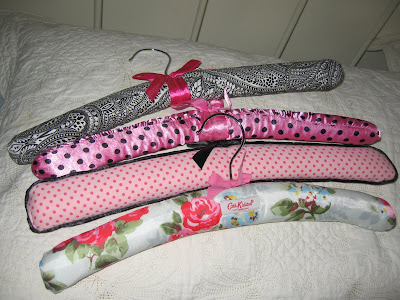 In other exciting news I have been hunting down coathangers. I hate nasty coathangers, particularly the wire variety. I have been carrying out a hanger renewal programme, trying to weed out the horrid ones. But now I have cornered them, what should I do with them?
(No, Miss Crawford, that's not a helpful succession, but thanks anyway). 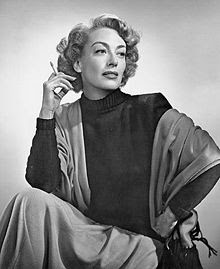 How can I store them neatly? Why do MrB's cupboards magically breed wire hangers? I tell you, it's a jungle out there, in Blighty's airing cupboard. 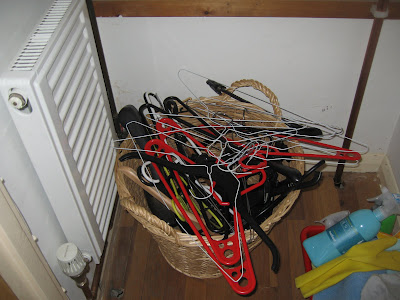 Finally my quote for the day. This was not a success. Boys not impressed. "Don't get it!" was the response. Will have to fall back on the classics, like quotes from Power Rangers or Scooby-Do. Yes, great idea. "Those pesky kids!" I like that! 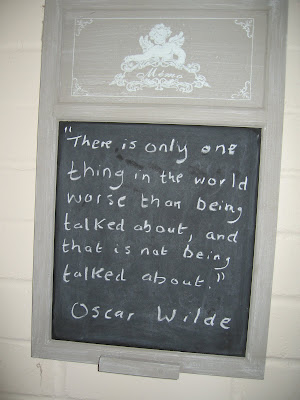 Email ThisBlogThis!Share to TwitterShare to FacebookShare to Pinterest
Labels: cakes and puddings, Chanel Paradoxal, domestic issues, Quote of the Day