Blighty and Lovely B - Living the Dream

Lovely B and I continued to live it up, big-time, during her stay.

Below, we were invited by friends to an impromptu lunch and to watch the England v Germany World Cup match. The husband is an amazing cook and whipped up this paella and made this designer salad. Yum! Meanwhile SuperK, wife to SuperHub and mother of three, had just done a run for charity in the blistering heat. She took it all in her stride that her house had been invaded by the Blighty brigade, went and showered and reappeared in 5 minutes looking fab with impeccable blow dried hair. I was impressed. In her place I would have hidden in the garden until everyone had gone home, and then booked into a rest home for 3 months. Sadly I had to leave early with Boy 2 - as many of you know, he was distraught and inconsolable when Germany scored their first goal, and had to go home for emergency application of ice cream and quality computer time. Thank goodness he missed the England disallowed goal, he would have been apoplectic!

Behold the gloriousness of the paella! 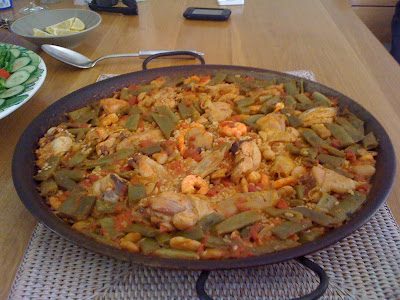 And the beautiful salad arrangement 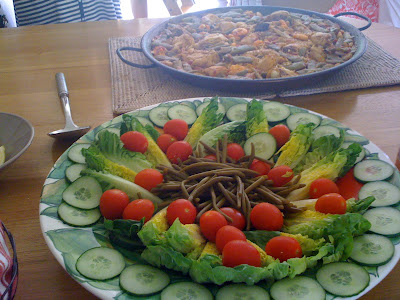 A few days later Lovely B and I sallied forth to London on the train. Last year I made B get some culcha at the National Portrait Gallery. This year we headed straight to the big Marks & Spencer flagship store at Marble Arch. We stormed through that place! I was brought up on M&S, in fact I suspect my mother got me from M&S, it is definitely in my DNA. 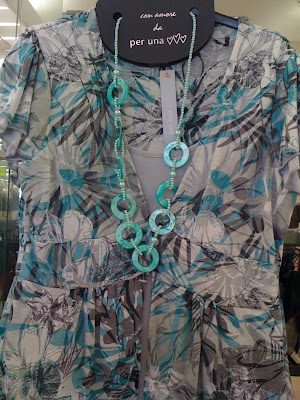 Above and below, we noticed a worrying trend: tops sold with a necklace included. Very worrying, very Stepford Wives, I thought. M&S want us all to go round properly and identically accessorised. You have been warned! Don't linger too long in the store or you will be replaced by a perfect, eager to please automaton replica of yourself. Mr B wants me to go there again. To the reprogramming department. 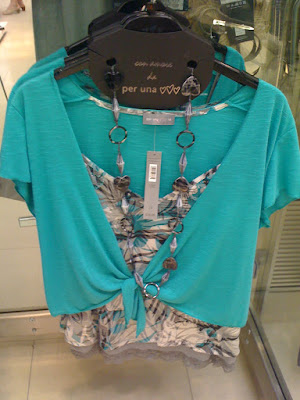 It was lucky that Lovely B was with me. She found me mesmerised by these, muttering to myself, "must buy, must have". These are the scary cousin of TODs: Leggings from Hell.
Lovely B proceeded with an intervention. She was tough, but it needed doing. 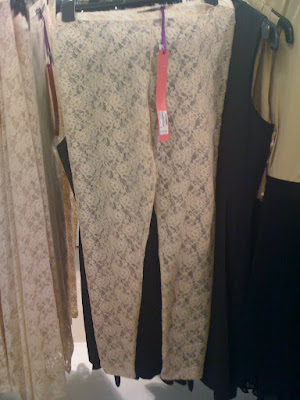 We had another tricky moment later. "Move away from the unsuitable skirt" said B firmly. I whimpered (a bit like Golum and his Precious) but obeyed. 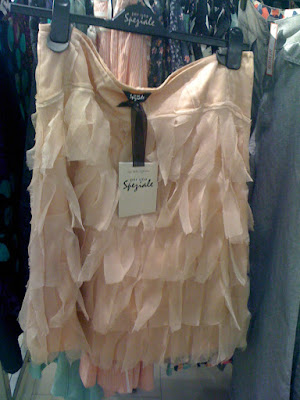 What is it with me and surgical bandage pink?
Lovely B and I tried stuff on. I tried this Roman gladiator outfit. It was not a success, but would have frightened the lions away. 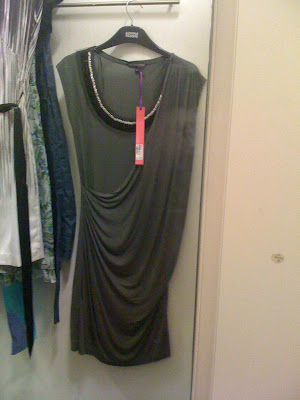 After waiting for hours, Lovely B had to come rescue me from Changing Room Attire Panic - I always seem to get in a muddle trying things on. The fun I had struggling into a full length wetsuit a couple of years ago! The general fraughtness was intensified by Boys 1 and 2 whipping the changing cubicle curtains open every couple of minutes. Bless. After only 4 hours of struggling, I emerged red-faced but triumphant, only to be told I had got the blasted thing on back to front. Those James Bond girls never have all this trouble! 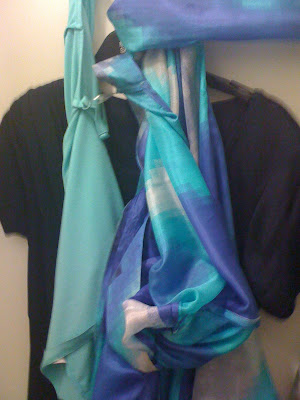 Since our retail rampage I have returned almost all my purchases, including multiple school trousers for boys, which was the good mother bit of the day and the Mr Blighty Expenditure Committee official purpose for M&S trip.


However, I kept these, which I LOVE. But look,the sequin arrangement is not done the same on each shoe! However, since my size seems to be sold out now, I have decided to put up with their imperfections (as they will have to put up with mine!) 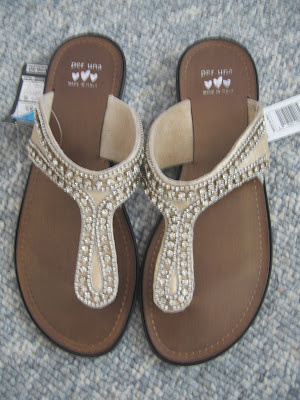 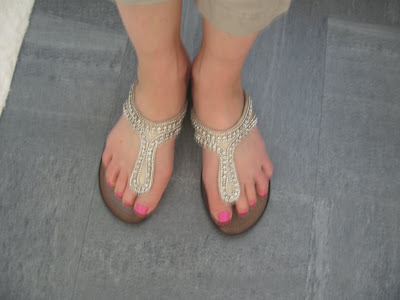 And don't worry that I am under-curated, clothes-wise - I have swapped for these tops instead, also returning that peasant top thingie I got from Zara, the beige one I showed you before. I am adept at retail arbitrage and creative accounting, I could teach those guys at Enron a thing or two. ....oh, now I see what Mr B is worried about! 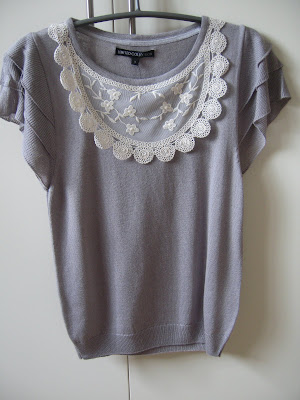 Bit anxious someone might mistake me for a paper doily and put a cake on me, note to self: stay away from tea shops. On the other hand, shame to pass up chance of free cake.

Below, only cost £10 as from big kids H&M, sometimes it pays to have junior bosoms. 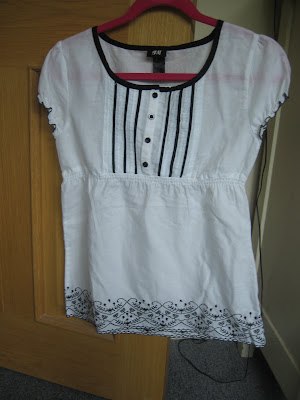 But does it look too ickle girlie?

Here we go again - many happy returns!
Posted by Blighty