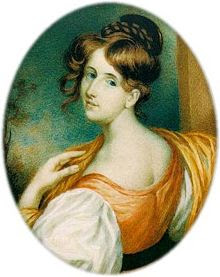 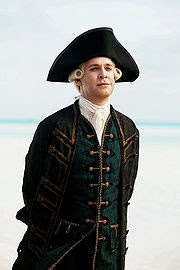 Chap from Pirates of the Caribbean
I am beyond honoured. The very sophisticated and glam Mrs Trefusis (one of The Times 100 best blogs, wow!) http://mrstrefusis.blogspot.com/ tagged me to do a meme. I am not quite sure what a meme is and have no idea how it is even pronounced (mimi or meme like French for same? what is its derivation? why are we here? why do they put those annoying loopy tags in clothes?) But ignorance of what I am doing has never held me back (heck, I posed as a lawyer for years without being found out) so here goes!


What experience has most shaped you, and why?When I was about 4 or 5 I was sent to ballet classes like most small girls. My mother thought it would do me good, get me out of the house on a Saturday morning, instead of hanging around whining to watch unsuitable television or having tantrums when my FuzzyFelt wouldn't do what I wanted. Come the village summer fete, I was made chief bunny in charge of other smaller bunnies. We were dressed in white fur fabric tunics, bulky, with holes for our pink little arms and legs to stick out, a bunny helmet thing with ears, and the final indignity, a bunny tail sewed onto our bottoms. To add injury to insult, my best friend, naturally better at everything than me, was a Hawaiian dancing girl and got to wear a grown up style bikini top and grass skirt and dance with the pretty dance teacher and other girls. As chief bunny I was to lead the bunnies out and we would all hop round, I was supposed to count up to 25 hops or something; then we were to stop and do some other lame thing like twitch our noses or wiggle our ears...after about 9 hops I lost count, but it didn't matter. Behind me total chaos had descended: small bunnies were sitting down, removing socks, crying for their mummies, trying to pull off each others' bunny ears and tails, or hopping off into the sunset. Complete and utter shambles. Disgraceful.

But that day I learnt a number of very important things about myself. First, I am not leadership material. Secondly, that white man-made fabrics do not suit me. Thirdly, I will never work for Hugh Hefner.

If you had a whole day with no commitments, what would you do?
Sh*t, do you mean I am supposed to actually do stuff when the boys are in school? I thought that was all "me" time!
(Dear Mr B, I am joking you know, my days involve domestic activities of unparalleled goodness etc)

I always have fantasies about staying in bed reading all the lovely books I want to read but in real life I would get itchy-pitchy after 10 minutes..so probably a trip on Eurostar to Paris and a visit to a lovely museum - have not been to Musee D'Orsay for years; and a visit to a nice patisserie!

What food or drink could you never give up?In theory I could give up anything but as soon as I had renounced it, it would become the one and only thing I craved! Cornichon anyone?

If you could travel anywhere, where would that be and why?
I am embarrassingly not well travelled outside of Europe. I have only seen bits of the States (mainly airports and a very swish hotel place in California called San Ysidro Ranch, where we were told the Kennedys spent their honeymoon). So I would like to travel all over the US, I have plans about Mr B's retirement and a Winnebago. Mr B is more in favour of Bournemouth. I would also like to take my mother to the Bahamas as she lived there for 3 years when young, but I expect it has changed so much she would not approve!

Who do you have a crush on?A while ago a friend sent me a question thing about who you would like to be trapped in a lift with. I came up with an odd collection of characters. One I can remember is a French actor, Mathieu Almaric. He has been in a couple of French films I enjoyed (Kings and Queens, Heartbeat Detector) as well "Munich" and the last James Bond film. I also admit to having a little thing for Tom Hollander, as he is the baddie in the interminable Pirates of the Caribbean films, currently running non-stop in Boy World Cinema, and I keep hoping against hope he might do for boring, boring Keira and Orlando.

If you were leader of your country, what would you do?If? If? When, more like! As founder and leader of the Blighty United Reform Party I expect to take power really soon. BURP's key policies are free spa days for all mothers of boys under 10; manicures to be available on the National Health; and French Vogue to be available for loan at local libraries.

Give me one easy savoury recipe that doesn't include cheese.Soft boiled egg and soldiers (bread buttered and cut into strips, not men in uniform...although...)

What did you think you were going to be when you grew up?
Grown up. Ha! How wrong I was!

If you could spend just one day in someone else's body, who would it be?Don't ever ask this question of a male blogger, please.
As for me, I would choose to be a small boy of 6 and I would spend most of the day drinking loads of water and visiting the loo. This is for my important research project into why their aim is so bad. I am convinced that there is a Nobel prize in it.


Which woman writer - living or dead - do you most admire and why?
So many inspiring writers to choose from - ought to choose George Eliot as her novels were Important; also full of admiration for Mrs Gaskell managing to write and have lots of children; Vita Sackville-West has to be admired for superior gardening and unconventional and very active love life; I adore the light and froth of Nancy Mitford and E M Delafield. But today I choose a friend, who has two boys of the same age and volatility as mine, also a horse, a dog, a cat AND a husband, and she has also found the time to co-write and have a children's book published -
http://www.amazon.co.uk/When-Dragons-Came-Lynne-Moore/dp/1847383033#reader_1847383033

(and she is also lovely, funny and very attractive -definitely an Hawaiian dancer, not a bunny!)

Now I am supposed to tag 3 other bloggers - so I tag my big blog crush Faux Fuchsia http://fauxfuchsiastyle.blogspot.com/, the fascinating Dash http://thefrenchsampler.blogspot.com/ and the lovely Hostess of the Humble Bungalow http://hostessofthehumblebungalow.blogspot.com/.
Posted by Blighty