Dahlings, this post is dedicated to my first and favourite Blog Crush, the lovely Faux Fuchsia.

In her honour I attempting it in the style of the FF blog.  But remember, at best this is Faux Fuchsia Lite, do not settle for imitations, get the genuine designer article here.

So when ole FF came over to these here parts last year she and I took a little road trip to Swinbrook in the Cotswolds.  We checked out where the Mitford sisters grew up, the churchyard where Nancy Mitford is buried and the pub that Debo (the youngest and only surviving Mitford sister) owns.

Here's a visual of Nancy's gravestone. 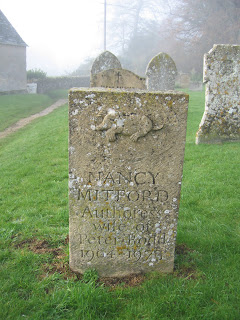 Ole FF wanted also to hotfoot it up to the Peak District for the day, to see Chatsworth, the estate of which ole Debo became chatelaine, when she married the Duke of Devonshire.

But I had to explain it was too far.  I know. I was disappointed too.

But during my recent trip Up North, the Universe directed me to Live on the Edge and go to Chatsworth.  I do what I am told. 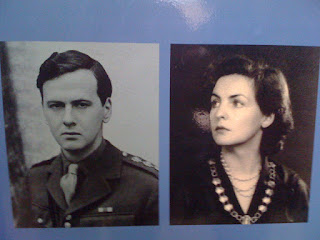 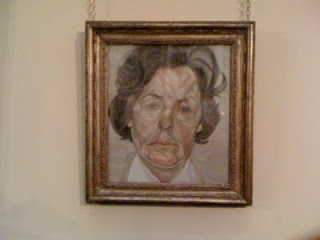 Here's Debo photographed more recently. She now lives in the old vicarage on the Chatsworth Estate and is over 90 and quite frail. The house itself is now run by her son the Duke of Devonshire and his wife. They have an appartment on the first floor. 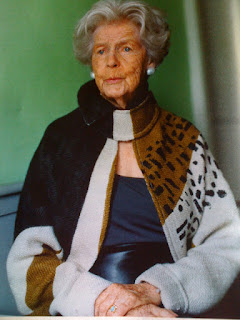 Here is a Singer Sargent portrait of an earlier Duchess of Devonshire, think she was called Eveyln. 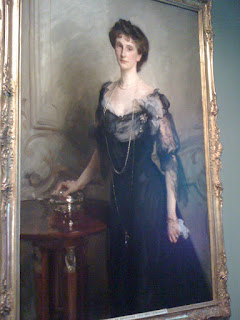 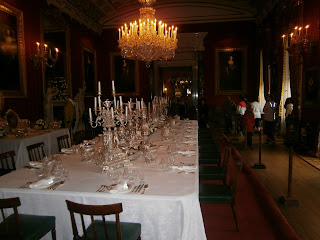 This is the Imperial Fountain, one of the Dukes wanted a fountain higher than that of his friend, the Russian Tsar.  His friend refused to come see it. 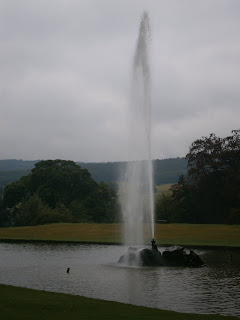 The house was sumptuous. 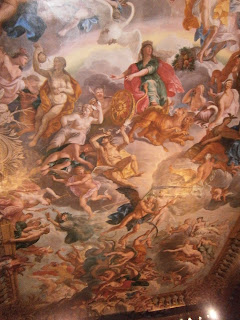 This is what the outside looks like. Don't look at the scaffolding people, imagine it's not there.  That's what I did. 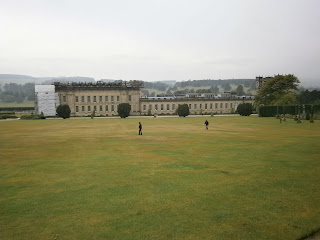 They have lots of bits.  I was ready to question their comittment to De-Cluttering, what with Clutter being the Devil's Work.  But I got talking to the waitress in our hotel and she told me they had had teams from Sotheby's worldwide staying with them for months, preparing a sale - the ole Duke and Duchess had decided to clear out one of their 5 attics.  The sale was a Big Deal.  Jerry Hall and Madonna came.  Exciting.  So glad they action de-cluttering too. 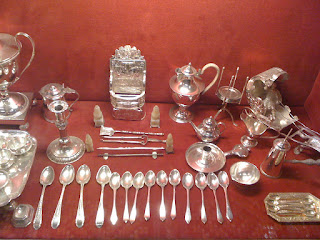 Look! Ginger jars, just like FF has in the Fuchsiadome! 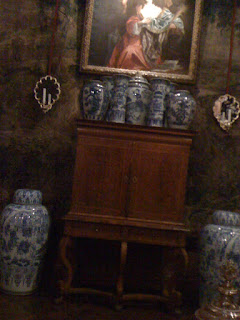 There you are People - Chatsworth.
Run, don't Walk! 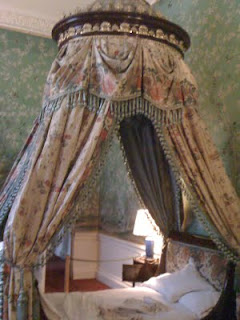