Dahlings - anyone? Is here anyone out there?  Jiggle your mice* around if you are!

I have been Under The Weather:  not ill, but tired and lethargic due to all the rain and gloom.  Mr Blighty says that is nonsense but I argued back (masterfully I thought) that "under the weather" must mean precisely that, otherwise why say it?

I have also been involved in a period of intense boy activity  - the usual stuff - tennis, cricket, school exam angst,  jean styling issues - whether to go drainpipe or stay with relaxed fit - and general failure on the part of both Boy 1 and Boy 2 to come to terms with the fact they are not an only child....)

And this morning at 5.30am I dropped Boy 1 off at the school for his epic coach trip to Cornwall for the week.  I think he will enjoy it - he has prepared mentally by watching all the Bourne Identity films so will be able to think on his feet and evade any CIA operatives that might want to "give the asset the green light.." (no, I don't know what that means either).

As a mother I felt rather bereft once the coach left... my friend's son is also on this trip - as soon as she got home, her daughter, with the impeccable timing of a 7 year old, put on the CD of the Titanic music... and explained it was to "calm people who were about to die."  Bless. 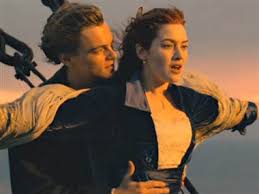 Meanwhile, I am seriously thinking I should rename this blog "Duck News" - or maybe "What The Duck!"   During a weekend garden inspection  - I was showing Mr B my droopy peonies - I discovered....
yes, a duck nesting again in the undergrowth.


Has the caddish drake installed a new female in the love nest?  Has word gone out in the duck world that Blighty HQ is the maternity hospital de choix - like the Portland for ducks?

Tune in next time for further Duck News!


Finally you remember my confusion about that pop singer chappy Goatie?  (several  of you kindly explained it is actually Gotye, pronouned Gautier...)

Well Boys 1 and 2 found what I think is a really funny take off of That Song...
(not at all suitable for young boys, I blame the parents I really do).

* Computer mice, not mice mice; this blog in no way advocates the jiggling of mice or other small rodents, this is a cruelty free blog, otherwise Janet would hunt me down and make me drink soy milk...
Posted by Blighty