Dahlings, did I mention I have just been to Paris?  Oh well, Paris now seems like a distant memory but I am trying to keep the romance alive...

Brain-washed by over-consumption of beauty blogs, I brought back some French pharmacy items (Me and Gwyneth, soulmates).

However, it is hard to keep the romance alive when you discover from the English section of the product literature  that the Avene Cilcalfate, lotion assechante, reparatrice (how lovely does that sound?) is meant for "Oozing skin irritations" - how typically Anglo-Saxon! So now apparently I have weeping sores. Nice.


I have also started reading this book. 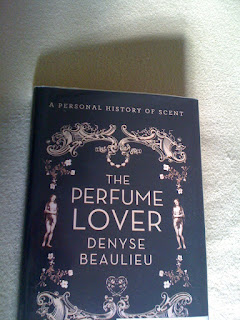 I got very excited when it mentioned the flagship store of  L'Artisan Parfumeur across the street from the Louvre - I clocked this the other day when in Paris - dahlings, did I mention I have just been to Paris? -  and Mr B had to keep a close eye on me otherwise I would have bunked off the cultural programme and hotfooted in there.

I put the book aside for a moment to gloat over my own Artisan P perfume - Rose des Indes...
But the smug glow of ownership did not last long - at that moment I noticed (after 2 years of liberal application to my person) that in fact it is "Parfum d'Ambiance" - Room Spray. 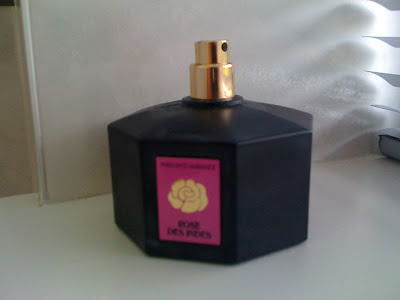 People like me really shouldn't be allowed out on their own.

Other members of the Blighty family have also been doing their utmost to keep the whole Paris experience alive: imagine my joy when I discover that while in Paris (did I mention I have just been to Paris?)Boy 2 has been wearing the same pair of socks for at least a day, a night (in bed)  and another day...... mmmmm, Eau de Trainers Chauds  And possibly "oozing".  Where's my room spray?


P.S. Grandma Whacker emailed to point out I had got my French wrong in my last post - it should be "puis-je" not "peux-je".  I tried blaming this on Boy 2 but he wearily explained that he said " Est-ce que je peux aller aux toilettes Madame s'sil vous plait?" - it's chanted as a singsong rhyme at breakneck speed by the boys as they leg it to the loos mid-lesson - their get out of jail card, so the only bit of French they take note of!!!! So thank you Grandma, now you have Mrs Merkel on Line 2, something about the Euro...needs your advice...
Posted by Blighty