Good evening, Mr Blighty here. I have been entrusted with the drafting of this post under the Bloggers Spousal Delegation Act 2010. I trust you will find this post clear and easy to follow. I can assure you that it is compatible with the European Convention on Human Rights (I have been taking extra care in that respect following the controversial Clamping of People Walking Too Slowly in Urban City Centres Act).

Very occasionally (when she has been reading one of those women's magazines at the hairdressers) Mrs Blighty will ask me if after 11 years of marriage the mystery has gone from our relationship. I can quite confidently say that on the contrary, the mystery only deepens. Particularly the mystery of what on earth is going on in Mrs B's head.

As I am currently on holiday from my highly demanding and important job of keeping my semi-colons under control, I have been able to observe Mrs B's activities from close quarter. I have come to the following conclusions:

a) she is as nutty as a fruit cake with a side order of extra nuts;
b) she spends a lot of time talking about ironing but never actually doing it; and
c) she still has no real understanding of the best way to load the dishwasher.
When I pointed out her shortcomings on this latter point, her response further revealed her lack of expertise in this area - even if I could get it up there, it would not lead to cleaner dishes and would definitely breach Elf and Safety legislation.
Let me illustrate further the mystery that is Mrs B.
The other day I was sitting at the computer checking developments on my latest exciting piece of drafting, The Recycling of Dentures for Old Age Pensioners Act, when Mrs B rushed in from the library waving a book at me and shouting, "Come on Blighty, help me do my colours, I can't work out whether I'm light and warm or soft and clear!" 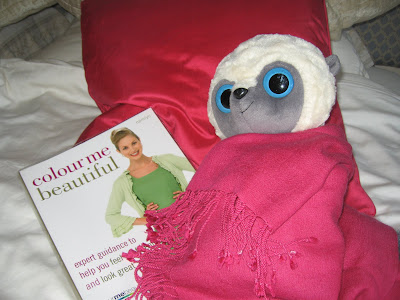 At that precise moment she looked quite pink and over-excited but I felt it would not be in my best interests to point that out. 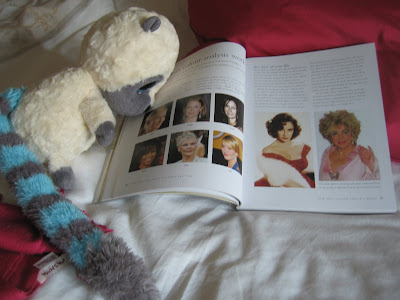 Mrs B explained it was all to do with skin tone and she needed to decide what her's was. There were pictures of various celebrities illustrating the different types. "But don't you dare say I am like Judy B***dy Dench!" warned Mrs B. ( Mrs B always refers to the ubiquitous Miss Dench in these terms, on the grounds that Miss Dench is in every single film ever made and is always the same; personally I think Mrs B is jealous that Judy gets to play M in the Bond films and so meet that Craig bloke Mrs B seems to find so personable).

After prancing around with different coloured scarves and demanding whether they lit up her face and brought out her eyes (on stalks??), to which I answered "I suppose so" each time, she stumped off upstairs "to do the ironing". After about 10 mins she reappeared, waving her paws at me and trilling: "Look, I've painted my nails and they match my necklace and this vase". I dutifully took a picture before pointing out she was going to find it a real pain carrying the vase round all day. Mrs B then announced that I did not know anything about fashion and swept off further to contemplate the ironing. 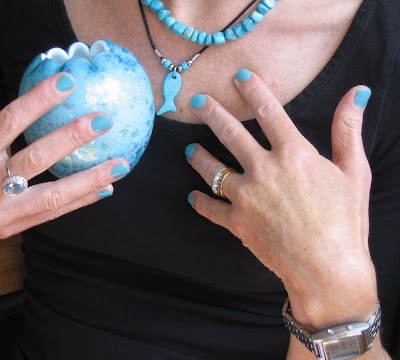 Another thing which mystifies me about Mrs B is her approach to gardening; her lack of enthusiasm ("But I did gardening last year, surely it's not time to do it again?") is matched only by her lack of success. She was disgusted to find something had been eating the leaves of her hosta. There were dark mutterings about "those damn deer". Any deer better steer clear of Mrs B for a while. Unless it wants to end up in one of her "nourishing" stews. 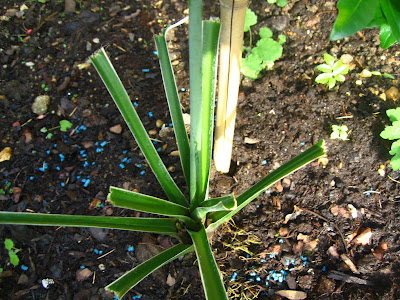 Meanwhile anything Mrs B hasn't planted or "nurtured" (I use "nurture" in the loosest possible sense) flourishes with amazing, unstoppable vigour. 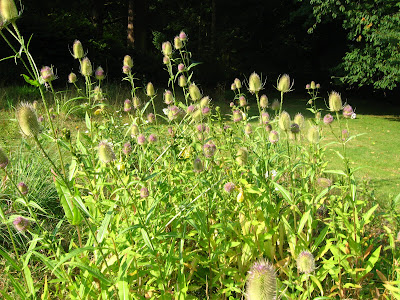 Mrs B got very very cross when this Miracle Gro thingie would not work. I found her in the most dreadful pickle trying to attach it to the hosepipe. I tried to calm her down by pointing out that the blue matched her nail varnish. She gave me a withering look. I thought about suggesting she tried spraying it on her chest, but she had the secateurs in her hand at the time. 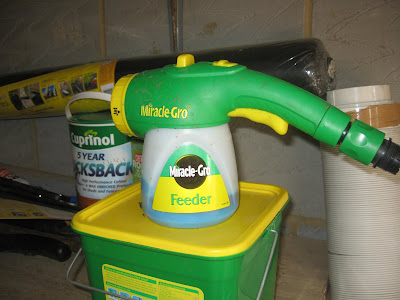 I suggested a look at the trees at the bottom of the garden might calm her down. The beauty and majesty of nature and whatnot. 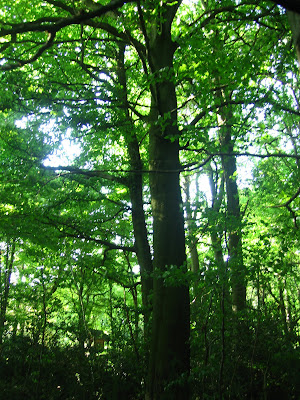 But what really did the trick was a little drink of this very fine wine. Mrs B and I drink only the best. 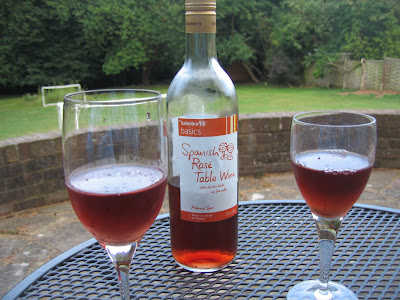 During her latest library visit Mrs B also sourced a couple of relaxation tapes for Boy 1. For some time now he has been doing the Dance of the Seven Bedtimes, coming downstairs to complain he can't get to sleep as he has been lying there for all of 3 mins/ it's too light/dark/the thread count in his sheets is not high enough, he needs silk pjs/his pillow needs spraying with lavender water etc.

"Rest and Sleep" is particularly hilarious. Each evening the house now echoes with a hypnotherapist lady saying in a monotone " Do you know how many muscles there are in your eyelids?" Sometimes you can catch Boy 1's abrupt reply of "Who cares!". The tape is doing the trick, however: he apparently lies in bed constructing unhealthy fantasies about how she is a serial killer before falling peacefully asleep. 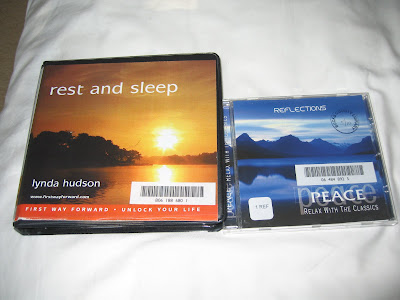 Finally can someone please explain why Mrs B keeps leaving this brochure where ever I look? I have promised to buy her a leaf blower, what more could she want? Ah, the mystery that is Mrs B! 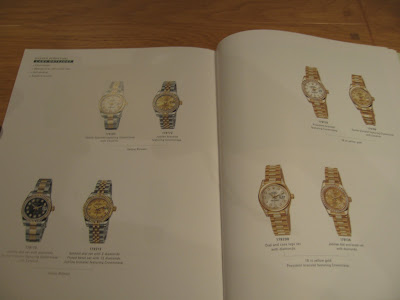