Dahlings, you know how I like to give useful parenting advice from time to time?  Well here I go again.

Once you have a child
If you are expecting a baby
If you are thinking about having a baby
If there is any possibility of contact with a member of the opposite sex, then
you need to hire a small warehouse NOW and stock it with the following items:

N.B. this is not going to be a list  of baby paraphenalia, no, that's easy, you can pick that up anywhere, what I am talking about is hardcore preparation for the horror that is School Costumes. Because from the minute your offspring hits nursery, it will be required to dress up in clothes which are not its own;  I estimate that in any given month during school term, Boys 1 and 2 spend 8 days at least not in their own clothes. I sometimes wonder if our children are being prepared for a life in pantomine. And, very important this bit, you will often get 0 days notice that a costume is required because your child will have lost the letter/you won't have got the email and you will find out by chance at the eleventh hour when your child's friend phones up to ask what national monument your child is going as, as his Mummy has just knitted him a Taj Mahal outfit but he is not sure if that is ok, and she only has the Eiffel Tower which she made out of meringues last year for his sister as back up.....

The above is just the bare minimum, but if you at least have these items handy, this should cut down on some costume related stress.

Next week: how to make a 3 D model of a plant cell using mashed potatoe and olives. 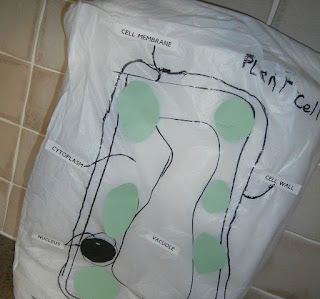