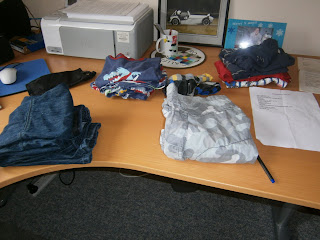 I knew the time would come when I would have to let go of my blue-eyed boy, he has to move on with his life... 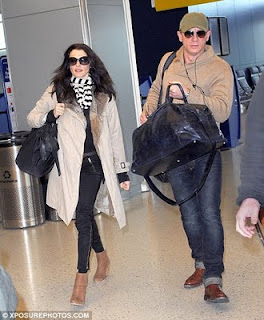 Whoops! Wrong blue-eyed boy. ( According to The Daily Mail, Tabloid to the Stars and Grandma Whacker), old Danny Boy has just married Rachel Weisz, but only because I am already married and am always too busy cleaning the floor of the downstairs loo to give him the attention he needs, as a Top Thespian).


I really meant I have to learn to let go of Boy 1 who is growing up fast and who has gone on his first residential trip with the school, for 3 days and 2 nights. Somewhere mysterious called PGL which Boy 1 unreliably informs me stands for Parents Get Lost. The trip involves lots of outdoor activities like abseiling, trip wire malarkey, den building and not opening washbags to use toothpaste or soap.

Boy 1 has been away from home before but only for one night at a time, on sleepovers with friends.  And sleepovers work like this:
6pm You drop off Boy 1 and hover nervously in kitchen of host family before being persuaded to leave
9pm Back at home you walk past Boy 1's empty bedroom and go all teary and sentimental before happily settling down to watch a romcom without being disturbed by Boy 1 shouting from his room that he has a sore/throat/arm/foot/toe/unmentionables*  and could he have some ointment/Calpol/soothing drink/herbal sleep drops/ lavender oil sprinkled on tissue/ mallet to head?*

Next morning -
6am You wake Mr B and ask him if it is too early to go collect Boy 1; Mr B asks "why, where is he?" and goes back to sleep
8am You arrive at host's house to find host parents bleary eyed and in pjs, assuring you it went really well, the boys got to sleep by 11.30pm after having been told to be quiet for only the 54th time and they did not get up until 5.30am when they woke the whole household while playing a newly invented game of Toilet Cricket Ball Torpedo but were really good and watched a DVD till 6.07am when they demanded pancakes, egg and bacon and popcorn...you quickly remove Boy 1, thanking host parents profusely and handing over bottles of wine, self-help books on Post Traumatic Stress and the phone number of a good plumber
8.10am In the car on the way home Boy 1 informs you he hates his family and would like to be adopted by the host family and he would like Boy 2 to be sent away either to boarding school or preferably for adoption as he is ruining his life etc etc
10am Mrs B has to be put back to bed as overtired and fractious due to sleepover- related lack of sleep... 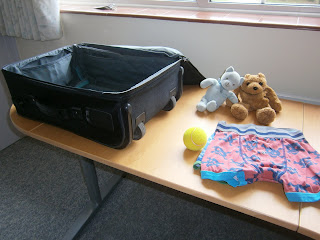 I was glad these were the teddies selected for the minibreak.

Earlier Boy 1 had announced he was taking the imaginatively named Big Bear. 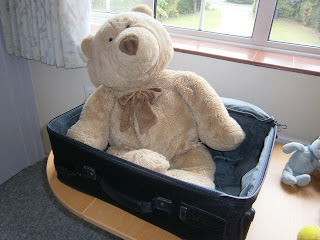 When I pointed out that Big Bear took up  the entire suitcase, Boy 1 then suggested he take Domino Dawg instead (fancy, a child of mine not taking things seriously!) 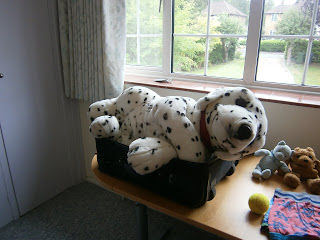 When I came to pack, I did notice a certain bulkiness in the front pocket. 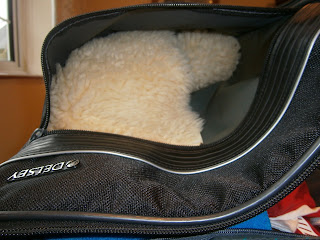 This is the infamous Bertie, Boy 1's beloved sheepskin (in fact he has 3, all of which get dragged to bed with him but for travel purposes he has decided just to go with one.)  From lying on the sheepskin in his Moses basket as a baby, Boy 1 progressed to cuddling it, coveting baby Boy 2's sheepskin (there was a worrying moment when Boy 1 tried to pull it out from under newborn Boy 2) and now he is Lord and Master of no less than 3 Berties...

And he going to kill me if he finds out I have blogged about Bertie, as a man's Bertie is a private matter... 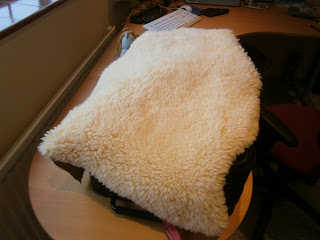 All seems to be going ok so far - I dropped Boy 1 off at school (Mummies have been banned from hanging around waving the boys off in their coach to avoid unnecessary tears and wailing, no one wants a lot of soppy, soggy mothers hanging around..).  Then I dropped off the suitcase which Boy 1 had forgotten...

Meanwhile Boy 2, who is tremendously cheerful now Boy 1 is Out of the Way so leaving Boy 2 as Top Dog, had his own excitement: his English Speaking Board Exam( reading chosen passage from book; talk on interesting hobby; say a poem by heart) . Final prep went quite smoothly - Boy 2 found he had lost his copy of the book excerpt; reverted to calling Chess "CHEST" throughout his talk; poem now recited at breakneck speed and final word fatally mispronounced so does not rhyme..

After all this I tried to do some much needed and therapeutic de-cluttering, FF style.  Now the charity shop bag full of de-cluttered clutter sits looking at me accusingly. 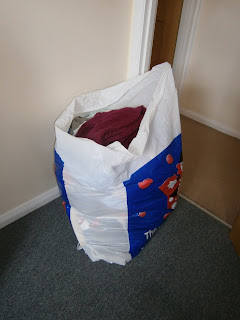 Think I am having trouble letting go of that as well...
Posted by Blighty