In Which I am Almost Elizabeth Hurley 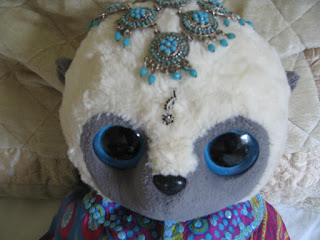 Dahlings, me and Miss Elizabeth Hurley have long led parallel lives....we are practically indistinguishable...(climbs back onto chair after mad fit of laughing at own joke as usual...)

As I may have mentioned in passing  a propos of nothing at all to a few people Everybody I Know (plus a terrified stranger in the frozen foods section of Tesco), Boy 1 went to the same posho pre-prep school in London attended by Miss Hurley's son....in fact, I did say hello to her once: she was waiting to put money in the parking meter and I was trying to get Boy 2 to relinquish his death grip on said parking meter after I made the mistake of letting him feed in the coins...as I wrestled with the octopus like Boy 2 who clung on like a demented limpet while turning puce, I feel me and Miss Hurley really bonded... (note to self: need to calm down on the marine imagery/Jacques Cousteau dvds). 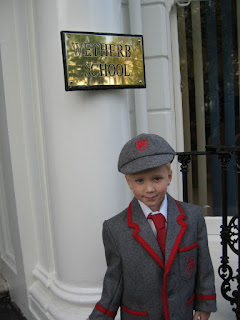 And here is further visual evidence that we were batting way out of our league by signing up for that school: *


Later my life and that of Miss Hurley again interconnected: the very week news of Miss Hurley's relationship to Shane Warne became public, highly compromising photos of me surfaced on the internet** and I was forced to deny rumours of an involvement with cricketer Wayne Shorn. 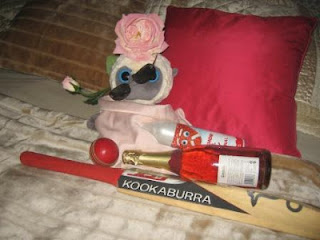 And now we have another convergence.  You may recall Miss Hurley's elaborate wedding complete with Indian costume and dancing.

Well, only the other night I attended Greggs Grammar's very own Bollywood evening. 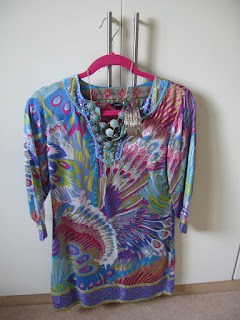 Mr Blighty came too and I knew we were in for a good night when he mentioned he was going to leave his vest off as he might get too hot.  Phwoarrrr Mr Blighty, you animal you!

Mr Blighty followed the dance demonstration by Mr Jay Kumar very carefully - he particularly liked the move known as "change the light bulb" (though he did express concerns about whether Mr Kumar was properly certified as an electrician).  Tremendous fun! Here's a clip Mr Kumar in action.

*But worth every penny in terms of the anecdotes I have wrung out of it...

** ok, I admit I put the photos on the internet myself and on my own blog, but it's not easy being a D list sleb you know..﻿