Dahlings, I must admit to being a tad concerned about old Boy 2.

A few little things, nothing major...

At supper the other night,  out of the blue Boy 2 asks "What does "shat" mean?"
I started well (once I had finished choking and had a soothing drink of Bucks finest tap water).
I told him it was a very bad word and he was not to use it.
But then my big mouth kicked in and I got all explain-y:
" "Shat" is actually the past participle of "shit" " says I.

Boy 2 considers this for a second and then says:
" So it's one that doesn't end in "ed";  in our English lessons Mrs Collyfleur is always asking us for examples of ones that don't end in "ed" ".

How long before I get a phone call from the school?


A few days later Boy 2 is sitting at breakfast.

He peers at this fruit loaf and I can see his lips move as he works out the lettering. 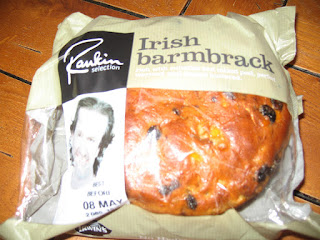 Excellent. Now he's going be writing in those "describe your Mummy" pieces at school that " My Mum likes bumcrack."  I suppose it makes a change from " My Mummy likes shopping and wine. My Daddy works hard."

Finally Boy 2 and I have been much preoccupied over the Easter hols by his history homework, which was to write a diary of a Roman.   Which as every mother kno', means I have been slaving away over a hot computer while Boy 2 skulks off and plays on his iPad in another room.

Unfortunately the homework coincided with my reading this rather racy poem/novel. 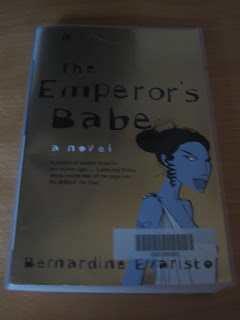 I heard it being discussed on old Radio 4 and thought I'd give it a go.  It's very good, very clever, about an African girl in Roman London being married off to a rich Roman.  Not suitable for a 9 year's Roman project though.

I managed to keep all orgies, whippings and vomiting at banquets out of Boy 2's Roman diary.  But even then, the diary developed a life of its own. The writer, a rich merchant living in Rome, goes for a spin in his friend Marcus's new chariot.  Then they go to the baths together where they engage in some weight-lifting and wrestling, before rubbing oil into their bodies...noooooo! The whole thing was looking slightly homo-erotic.  I tried to redress the balance by suddenly giving the writer a wife, who just turned up from the country - but that made it even worse.  Why was she at the villa while he was in Rome?  Why had he not mentioned her before?  Does she know about Marcus?


Actually, having just read all this, I think the person I should be worried about is me.