Hello dahlings! Are you well?

Here at Blighty HQ we've all been busy with our various cultural activities.. 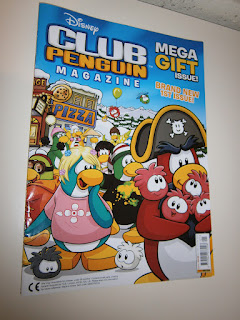 The nice people at Club Penguin sent Boy 2 a copy of their brand new Club Penguin magazine.  I think they hoped he might do a review (they were perhaps labouring under the misconception that he was an influential literary figure, like Oscar Wilde but more butch and less likely to come out with witty little quips...)  Sadly Boy 2 sees reading as an unnecessary activity; it is rumoured that he once read the on-screen instructions for a  shoot 'em up computer game but he has threatened to punch anyone who dares repeat this.

So getting any sort of reaction out of Boy 2 was a challenge.

Eventually Boy 2 admitted that it was a really cool mag as not only did it have stuff in it but it came with a week's free membership of Club Penguin, the on-line penguin world he so loves. AND there was a code for a limited edition T-shirt for his on-line penguin persona to wear, and he was the first penguin to wear one and all the other penguins though he was cool and wanted to be his friend.  So there you have: Club Penguin magazine - makes you fashion forward and the envy of other penguins.


I have read this book. 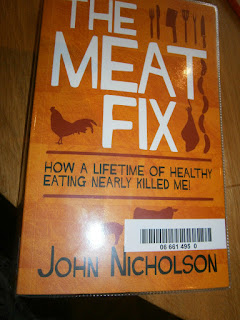 To summarise, this chap is a vegan for 25 ish years and eats lots (5-6 times a day) of soy based meat substitutes and suffers terrible IBS and piles etc.  Eventually he gets fed up, ditches the soya, buys some meat and eats it - on the first day he has ox liver for lunch and then steak for supper.  His IBS  disappears and he feels marvellous.  It makes a good story. He has some interesting stuff to say about the food industry and how the government's "healthy eating" campaigns have coincided with an increase in obesity.  But really, I do think he might have twigged a bit earlier on, that the soya was the problem and that excessive consumption of one foodstuff is a bad idea - and now it looks as if he's heading the same way with the meat!  I would be really interested in what Janet of The Gardener's Cottage thinks about this book, as Janet is a committed vegan who appears the picture of health and  is also a trained chef and does not just reach for the Linda McCartney readymade soya sausages.

The other night Mr B and I watched this. 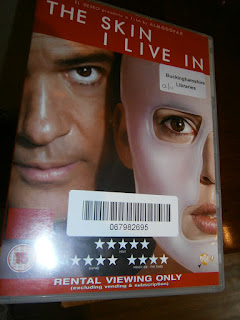 It was nice to see Mr Banderas speaking Spanish and not voicing a large ginger cat wearing thigh high boots.  This film was nicely creepy, hokey and as weird as you would expect from old Almodovar. If you have seen this, you will understand why Mr Blighty found it a bit unsettling.

Remember my minimalist phase?  Well some members of Blighty Inc have gone seriously off message.  This here mess is a game Boys 1 and 2 call "Teddy Resort Party" 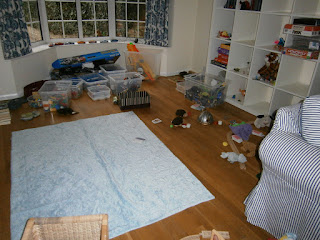 It may just look like a random scattering of toys but in fact it's a very exclusive, all-inclusive, luxury beach resort for stuffed animals run by Boys 1 and 2.  A bit like Hugh Hefner's Playboy Mansion except the bunnies are stuffed   real don't have large nope, can't make this work!

This is the casino - note the chips. 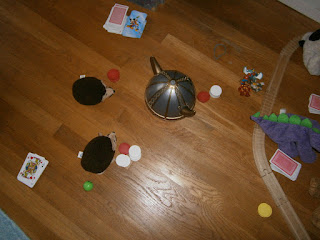 The casino is run by tiger - here he is at his control desk, watching out for cheats and card counters... 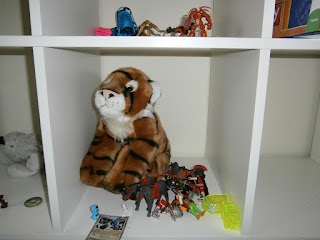 I have been listening to this chap - Gotye - no idea how it's pronounced - Goaty??  I think he is Australian  - do you ladies know him already? 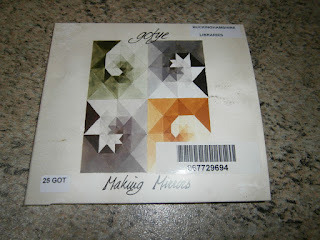 I was amused by this video for one of Gotye's songs.  I suggested to Mr Blighty that he circulate it round the office to build morale - I found the scenes at the typewriter very evocative of the parliamentary draughtsman's role.....

Mr B did not think his boss would appreciate this - some people are just not as cultured as others..
Posted by Blighty